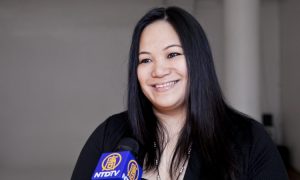 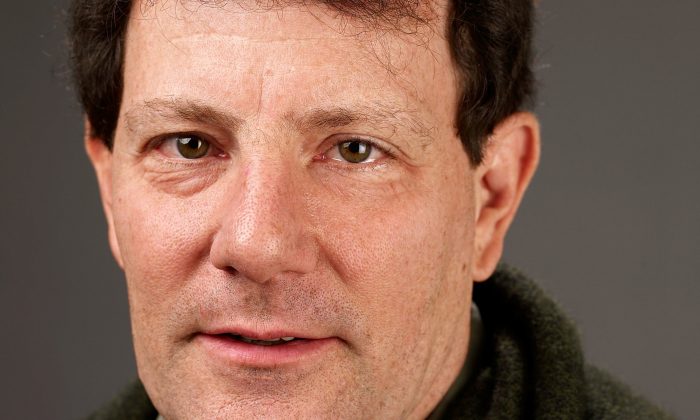 Nicholas Kristof of the film 'Reporter' poses for a portrait at the Film Lounge Media Center during the 2009 Sundance Film Festival on Jan 17, 2009 in Park City, Utah. (Matt Carr/Getty Images)
Asia & Pacific

On a harrowing journey, a Western journalist travels through ravaged villages and displacement camps in the heart of the Congo, making his way toward the jungle hideout of the reigning rebel warlord, General Nkunda. He writes what he sees in a series of reports exposing the crisis to the outside world.

The documentary accompanies Mr Kristof, a two-time Pulitzer Prize winning columnist for the New York Times, as he travels to the Democratic Republic of Congo, searching for individuals whose stories will bring attention to the country’s desperate crisis and mobilise readers worldwide.

Andy Clarke, a vineyard manager in the Yarra Valley, was one of the attendees of the festival gala. He said he felt privileged to be able to watch Reporter and witness the situations the film portrays, “because it is not something that the majority of people will actually see”.

He told The Epoch Times, “Even to just be exposed to it, I think, is enough. There is not a huge awareness about these sorts of issues.”

By presenting Reporter and other films and artwork from around the world, HRAFF aims to challenge, touch and inspire audiences from all walks of life. Evelyn Tadros, co-founder and current chairperson of HRAFF, says she hopes the stories shown at the festival will enable people “to empathize and be compassionate”.

“All we want is for people to be thinking about these issues and to take some time out of their daily lives to imagine what it is like to be [a refugee], or to live in fear for your life because of the colour of your skin,” said Ms Tadros.

“We want people to be inspired … [and] think about what they can do in their own capacity to address some injustice in the world.”

Ms Tadros says anyone can make a difference, even by taking small actions like buying more ethical products.

“That is the audience that we are tapping into – the people who don’t normally engage with human rights. And I think the power of film and art speaks for itself because you get more people engaging with it,” Ms McNeil said.

From May 9 to June 6, HRAFF will tour Melbourne, Canberra, Brisbane, Perth, Alice Springs and Sydney. Visit www.hraff.org.au for more details.