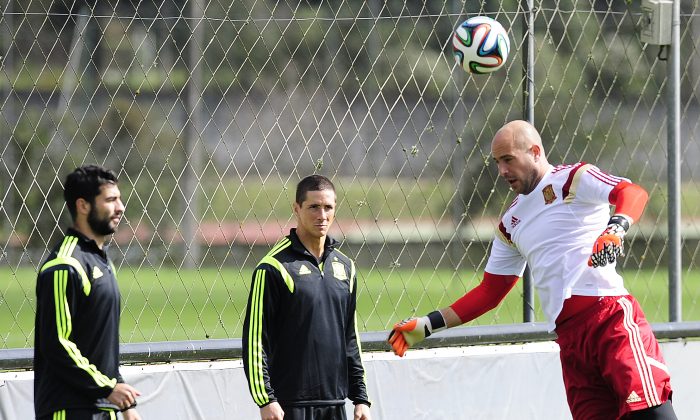 Fernando Torres, the Spanish forward, scored a goal against Australian during the World Cup on Monday.

Torres scored the goal in the 69th minute of play.

With the goal, Spain went up 2-0 over Australia.

A last-gasp 2-2 draw against the United States on Sunday, following a 4-0 thrashing by Germany, has left the Portuguese on the verge of a first-round exit from the tournament in Brazil.

Returning home after the group stage would be a stunning upset for team ranked fourth in the world by FIFA. That possibility comes after Spain, Portugal’s Iberian neighbor, saw its World Cup title defense come to an end after just two games.

“We’re probably just an average team. I’d be lying if I said we were a top team,” Ronaldo said. “Portugal was never a favorite (at the World Cup). I honestly never thought I would be World Cup champion.”

The Real Madrid player recalled Portugal’s troubled qualification for the tournament, which it reached via the playoffs. “We have to be humble and know what we’re capable of,” he said.

Ronaldo also indicated he is below his best form. “Recently I haven’t been how I had hoped,” he said.