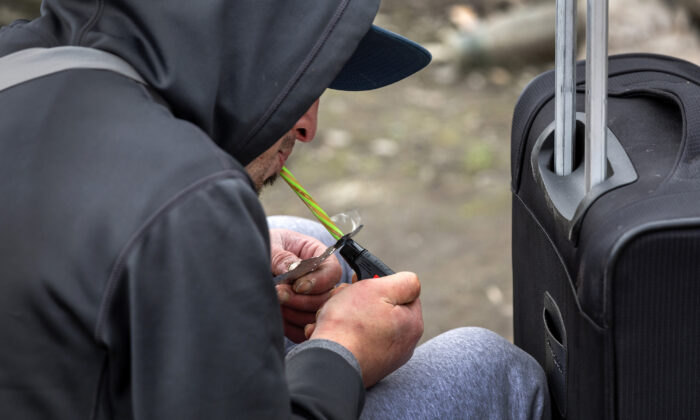 Fentanyl Confiscations at Southern US Border in July Jump to Record

The amount of fentanyl confiscated by federal agents at the southern U.S. border jumped by more than 200 percent in July, according to U.S. Customs and Border Protection (CBP) statistics released on Aug 15.

In July, CPB seized 2,130 pounds of the synthetic opioid. The total is more than three times the 702 pounds that were intercepted in June, and topped the previous monthly record of nearly 1,300 pounds set in April.

It’s also nearly equivalent to the total amount of fentanyl confiscated in all of 2019.

“The lack of responsible border policies by this administration is allowing Mexican transnational criminal organizations to push deadly substances into communities in Ohio and traffic unlawful migrants into the country,” Sen. Rob Portman (R-Ohio), the ranking Republican member of the Senate Homeland Security and Governmental Affairs Committee, said in an Aug. 15 statement,

“I have told the administration countless times, this is no time to end policies like Remain in Mexico or Title 42 that deter smugglers and migrants,” he added.

Fentanyl is a potent synthetic opioid that was first approved by the Food and Drug Administration (FDA) to treat acute pain. It is 50 times stronger than heroin and 100 times more potent than morphine.

On Aug. 4, CBP said in a statement they seized a shipment of 5 pill bottles from India manifested as medicine, “officers in Louisville seized a shipment … containing multiple pills of the lethal narcotic fentanyl, enough to kill 50,200 people.

“Even though this shipment may seem like a very small amount, remember two milligrams of this stuff is lethal,” said Thomas Mahn, Louisville’s port director.

Preliminary data from the Centers for Disease Control and Prevention (CDC) indicates that fentanyl was involved in 77 percent of overdose deaths in the United States in 2021, accounting for about 71,000 fatalities.

Data from the Drug Enforcement Agency indicates that most illegal fentanyl is smuggled into the United States from China and Mexico.

Mexican cartels are known to import the precursors for fentanyl from China before pressing it into pills or mixing it into other counterfeit pills made to look like Xanax, Adderall, or oxycodone, and selling them to unaware buyers who then accidentally overdose.

In April, the U.S. Drug Enforcement Administration (DEA) said mass overdose events involving fentanyl were increasing across the country and killing Americans at an “unprecedented” rate.

The area alone accounted for two-thirds of the drugs seized in July.

More than 1,100 pounds of it were seized from smugglers as they carried it across border crossings, either within automobiles and trucks, or concealed on their bodies.