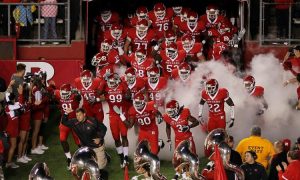 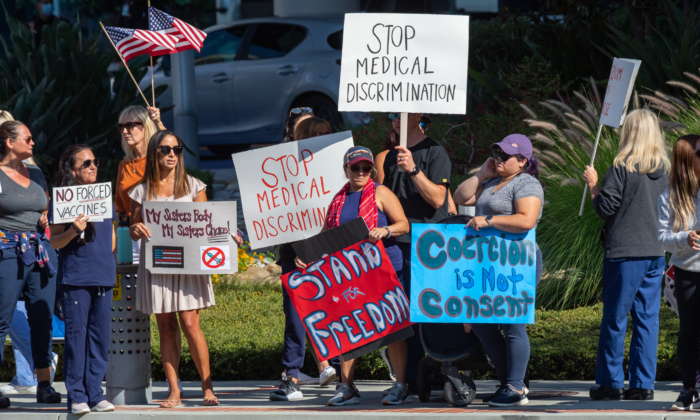 Four Christian female soccer players won the first round in their suit against Western Michigan University (WMU) for allegedly violating their constitutional rights by mandating they be vaccinated.

The university’s policy required that all of its athletes be vaccinated against the CCP (Chinese Communist Party) virus by Tuesday or be banned from intercollegiate sports.

The university has no vaccine requirement for the general student body.

U.S. District Court Judge Paul L. Maloney on Tuesday granted the women a temporary restraining order, which would allow them to remain on the team while their case was being litigated.

The women’s five-count civil rights complaint against WMU included a request for expedited consideration of their motion for a temporary restraining order to block the school from dropping them from the soccer team on Tuesday.

The players’ attorney, Dave Kallman from the Great Lakes Justice Center, wrote in his motion for a temporary restraining order and injunctive relief that the university’s action would cause his clients “immediate and irreparable injury.”

In his order granting the temporary restraining order against WMU, Maloney wrote, “On the record before this Court, and understanding that WMU has not been afforded an opportunity to respond, WMU’s vaccination requirement for student athletes is not justified by a compelling interest and is not narrowly tailored.”

The reason the university provided to the women for the vaccination mandate and the overriding of their request for religious exemption was contained in a letter.

“The university has a compelling interest in taking action to avoid the significant risk posed to the intercollegiate athletic programs of a COVID-19 outbreak due to the unvaccinated participants, and prohibiting unvaccinated members of the teams from engaging in practices and competition is the only effective manner of accomplishing this compelling interest,” the letter said.

WMU did not respond to a request by The Epoch Times for comment.

In his order, Maloney addressed the school’s explanation, writing, “WMU has asserted that it has a compelling reason, albeit in a perfunctory manner. WMU appears to conclude that unvaccinated players pose a risk to the health of the vaccinated players.”

But Maloney’s order pointed out that the women’s claim had merit.

“Plaintiffs have established a likelihood of success on their claim that WMU’s denial of a religious exemption from vaccine requirement for its student athletes violates Plaintiffs’ right to the free exercise of religion,” Maloney wrote.

Kallman said his clients have welcomed the judge’s order.

“Our clients are grateful that the Court has recognized they have a strong case for a religious exemption from this vaccine requirement,” Kallman said in a statement.

“Our clients are thrilled that they can continue to be part of their soccer team, be with their teammates and compete for WMU at the highest level in a safe manner.”

A hearing on the case has been set for Sept. 9 in the Federal Building in Kalamazoo.

Steven Kovac
Reporter
Follow
Steven Kovac is an Epoch Times reporter who covers the state of Michigan. He is a former small businessman, local elected official, and conservative political activist. He is an ordained minister of the Gospel. Steven and his wife of 32 years have two grown daughters. He can be reached at steven.kovac@epochtimes.us
TOP NEWS