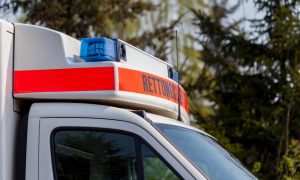 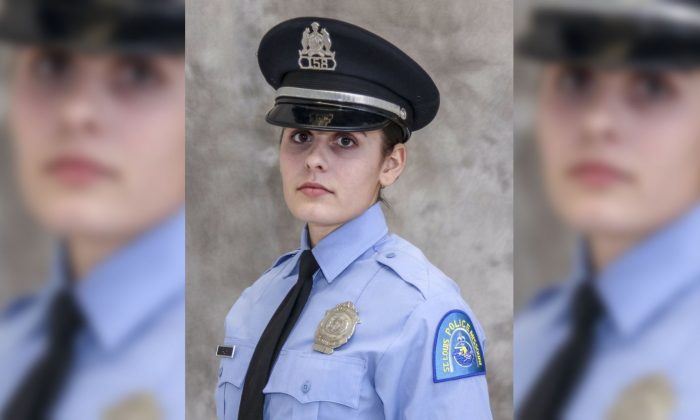 The shooting happened around 1 a.m. local time at an officer’s home, police Chief John Hayden told reporters during a news conference shortly after the shooting. Two on-duty male officers were at one of their apartments when Katlyn Alix, who was off duty, stopped by, according to police.

A police incident report said the three officers were seated in the apartment living room when one of the male officers “mishandled a firearm and shot (Alix) in the chest.” The male officers, both 29, drove Alix, 24, to a hospital, where she died.

Policing is critical to American society and must perpetually stand on the pillars of ethical leadership, trust, and community.

When these principles are honored, communities are safeguarded, and America’s way of life is protected from discord, lawlessness, and turmoil.

Yet, one would be naïve to miss the challenges policing in America is experiencing.

The spotlight on policing illuminates the critical need for improving police-community cohesiveness. Society will thrive when character, moral courage, and respect are catalysts for police-community partnerships.

Effective policing in America is mission critical for a harmonious society. Strengthening this noble profession through police-community unity must be a priority for the country.

Our nation deserves a commitment to police-community collaboration, underscored by principles of justice, accountability, and transparency. These qualities are essential not only to law enforcement professionals but to everyone privileged to call America home.

The importance of leadership, trust, and community was stressed by Chief Rodney Harrison of the NYPD at an event I attended on Wednesday, Sept. 12, 2018 in lower Manhattan.

Chief Harrison was the featured speaker to a standing room only audience for the First Precinct Financial Area Security Council. The council is a partnership of law enforcement, private security professionals, and community leaders dedicated to safeguarding New York City.

Prior to his appointment as Chief of Patrol, Chief Harrison has worked in every borough of New York City in his well-decorated 27-year NYPD career.

As Chief of Patrol, Chief Harrison is responsible for over 17,000 members of the NYPD Patrol Bureau. This is the largest and most visible bureau in the NYPD.  It is divided into eight borough commands comprised of 77 police precincts throughout the city.

These precincts are comprised of diverse populations, and the typical NYPD precinct is the size of a midsize American city, ranging from 70,000 to 150,000 people.

During his presentation, Chief Harrison stressed that the record crime reduction trends in New York City are only possible through police-community collaboration.

He also stressed that the heart of this collaboration is a shared responsibility and bridges of trust between the police and community.

Chief Harrison also stated that shared responsibility and trust is the pillar of the extraordinary Neighborhood Policing commitment.

Neighborhood Policing is a comprehensive crime-prevention, and crime-fighting philosophy.  It is built on communication and collaboration between all members of the NYPD and the community.

Essential to Neighborhood Policing, as expressed by Chief Harrison, is the Neighborhood Coordination Officers (NCOs).  These are police officers who serve as liaisons with the community, and also serve as crime-fighters and problem solvers.

The NCOs work closely not only with community residents and leaders, but with local detective squads.   In their leadership roles for the NYPD, NCO’s are able to effectively respond to incidents and issues due to their iron-clad community partnerships.