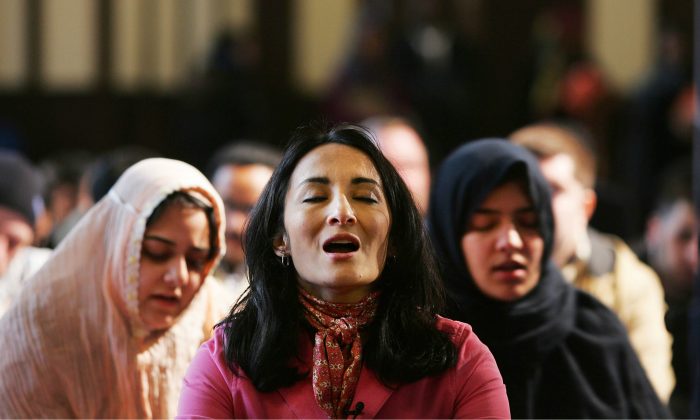 Female Muslim Immigrant Explains Why She Voted for Trump

Asra Nomani, a journalism teacher at Georgetown University and director of an investigative reporting group called the Pearl Project, explained why she voted for Donald Trump.

Nomani, a Muslim immigrant, wrote in the Washington Post: “I’m a Muslim, a woman and an immigrant. I voted for Trump,” seemingly acknowledging that her demographic isn’t likely to vote for Trump—who suggested vetting immigrants from Muslim-majority countries.

“As you can tell I don’t have horns on my head, right, but nonetheless I am now being [characterized] as a traitor, to my own liberals as an idiot, names that I can’t even repeat on air,” Nomani told “Fox & Friends.”

She said that other Muslims have told her they hope she is sent “to the gates of hell.”

Asra Nomani: “I’m a Muslim, a woman and an immigrant. I voted for Trump.”https://t.co/ekdw6HkhCW pic.twitter.com/o3dXjNAQjF

“But you know none of that matters to me because I’m getting more responses than in my 30 years in journalism from people who are saying, ‘Thank you,’ because they too are fed up with the polarization,” Nomani, a former Wall Street Journal reporter, said.

The 51-year-old wrote that she voted for President Barack Obama twice, saying she was concerned Obama and the Democratic Party didn’t do enough to combat Islamic extremism.

Arrest Made Amid ISIS Terror Plot In Ohio

But she said that Trump isn’t a racist or an Islamaphobe. “He is insensitive at times with what he says and his proposals are tough, but they reflect a reality of concern people have about an issue that’s killing people from Orlando to Paris,” she said.

“Of course, Trump’s rhetoric has been far more than indelicate and folks can have policy differences with his recommendations, but, to me, it has been exaggerated and demonized by the governments of Qatar and Saudi Arabia, their media channels, such as Al Jazeera, and their proxies in the West, in a convenient distraction from the issue that most worries me as a human being on this earth: extremist Islam,’ she wrote in the Post.