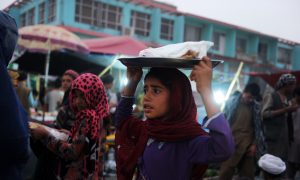 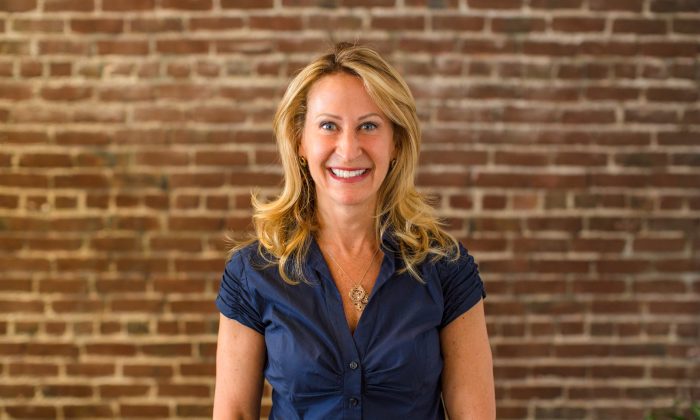 Female Executive: My Biggest Mistake Was Not Talking About How Hard It Was

By day, Anne Devereux-Mills was the CEO of an international advertising company; by night, she was a single mother of two who survived melanoma cancer and cervical cancer. She did not talk about her struggles at work or at home. But she wish she had.

“I had to hold everything inside,” said Devereux-Mills, who is now 53. “One of the biggest mistakes I’ve made in my career, and as a mother, was not talking about how hard it was.”

She did not have many female peers in her workplace. And Devereux-Mills did not want her male counterparts to doubt her ability to lead as a woman.

Devereux-Mills is a strong and highly-intelligent leader, and always has been. She was president of her class at Wellesley College.

Still, throughout her 25 years of corporate life, Devereux-Mills said the most difficult part of being a woman in an executive position was the stigma that if she talked about her problems she would appear weak.

It’s a mentality that can isolate some women in high-level positions, she said. For her, it was a loneliness that led to an unsustainable level of stress.

Nearly 4 in 10 high-achieving women leave work voluntarily at some point in their careers, according to the Harvard Business Review.

A research symposium published by the Harvard Business School debunked the myth that women take breaks from their career to care for children. “Ninety percent cited workplace problems,” the research stated.

Career interruption is one of the factors that causes gender gaps in leadership positions. The percentage of women on all U.S. corporate boards has remained in the 12.1 percent to 12.3 percent range over the past decade, according to the Center for American Progress, a progressive public policy research and advocacy organization.

In New York, 10.9 percent of  senior executive positions are held by women, which is a 0.8 percentage point decrease from 2010, according to the Women’s Executive Circle of New York 2013 census.

But there should be more women in leadership positions, considering that 44 percent of master’s degrees in business and management are earned by women, according to the National Center for Education Statistics. Women also earn 37 percent of Master of Business Administration degrees.

To tackle this gender gap, countries such as Norway and Germany have required quotas for female board members.

But a recent Cambridge University study commissioned by BNY Mellon found that having a quota for women in senior positions does not necessarily keep women in such positions.

Quotas can cause women to devalue their leadership skills. It causes women “not to take credit for successes at work, and compare themselves unfavorably with those they believe were selected on merit,” stated a study called “Women executives: Health, stress, and success” that was published in the Academy of Management.

Devereux-Mills and a growing number of successful female professionals are coming forward to share their experiences on how to change such negative mindsets.

Fear of falling short, an unforgiving view of self, and the need to be constantly completing tasks, are female traits that have both positive and negative effects.

Organizations such as The National Association of Professional Women, Women’s Bond Club, and Women’s Executive Circle of New York are also connecting female professionals for mentoring and networking opportunities.

Throughout her years of success, Devereux-Mills has put together a list of tips for helping female professionals change negative thought patterns, should they have any.

According to Devereux-Mills, women should be mindful that the traits that can help them succeed—such as fear of falling short, an unforgiving view of self, and the need to be constantly completing tasks—are often the same ones that cause some high-achieving women to experience stress and anxiety-related disorders.

“It’s important that you make yourself happy with a standard that is not impossible,” Devereux-Mills said.

She recommends finding a “meditative activity,” such as working out or taking a bath, to quiet one’s mind and recognize self-destructive thinking patterns.

Devereux-Mills is currently executive director of the Healthy Body Image Programs at Stanford University School of Medicine, and chief strategy officer at Lantern, a company that applies mobile technology to mental health and wellness programs.

In situations where one isn’t able to find support at work or at home, one can find it somewhere else, she said.

Five years after Devereux-Mills took on president and CEO positions, she became a fellow at the Aspen Institute where she was part of a program that nurtured 20 high-achieving people between the ages of 30 and 45 who were managing significant businesses. There, she found a network of support.

“If I hadn’t had that, I don’t know how I would have continued to be an effective leader,” she said.

Devereux-Mills recommends Lantern as a good way to strengthen one’s emotional self in a confidential way.

Randi Brosterman, who recently retired as a principal at Deloitte Consulting LLP, said she did not feel isolation during her tenure in senior positions.

“I didn’t find it lonely at the top because I have cultivated my relationships with people at the bottom and top,” Brosterman said. (Her views are her own, she emphasized).

Push past fear, be kind to oneself and others, and find serenity.
— Randi Brosterman, inspirational speaker and independent consultant

Brosterman also prioritizes effective communication. Know when is a good time of the day to talk to one’s boss. It might be better to talk early or later in the day, when the boss has more time.

And be succinct. “If you’re long-winded, you’re not heard,” she said.

Today, Brosterman is an inspirational speaker and an independent consultant.

Her advice is to focus on enablers rather than any negative thoughts.

“It’s easy for people to talk themselves out of something,” Brosterman said. She advises people to assess the situation and take positive steps instead.

A life motto that Brosterman lives by is to “push past fear, be kind to oneself and others, and find serenity.”

Women are 11 percent more stressed and 16 percent more anxious than their male counterparts, resulting from these key drivers:

To manage conflicting responsibilities, visualize “boxes” where you can put each obligation when you’re not actively engaged with it. Avoid thinking about something while it is in a mental box.

Decide what’s important to you and prioritize your time. Draw firm lines around how much time you spend in each area of your life and don’t start bending them to “benefit your career.”

Experiment with “meditative” activities (like working out or taking a bath) and turn the best ones for you into daily rituals. Give your brain a chance to quiet down as you begin and end a busy day. Recognize and change self-destructive thinking patterns.