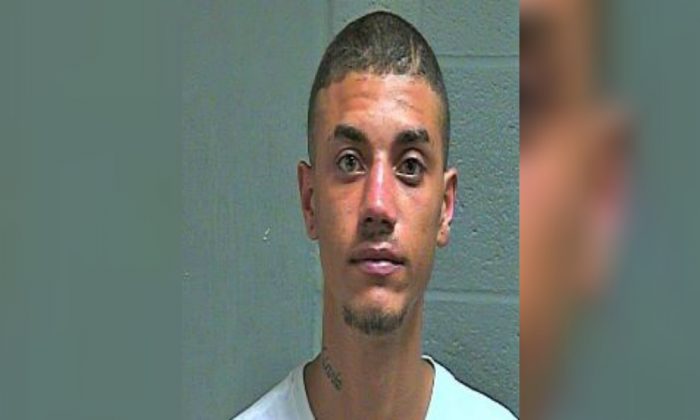 A female detention officer was fired after officials found love letters she was exchanging with a male inmate.

Sharidan Wilson, 20, was fired after Oklahoma County Sheriff’s Office deputies found she spent weeks exchanging love notes and talking on the phone in the middle of the night with Darryl Frost, 23.

One of Wilson’s co-workers informed the authorities of the situation, officials told KFOR.

Wilson at one point took a personal cellphone to Frost’s jail cell and gave it to him and they later spoke over the phone using that device. According to officials, Wilson also wrote Frost a letter and handed it to him.

The Oklahoma County Sheriff’s Office is investigating one of their former employees after the detention officer was accused of having a romantic relationship with an inmate.​ https://t.co/AVnbiSupUH

“Just know you’re all I think about and I’m ready for you to be out of there so we can actually try something real,” the letter read. “I want to talk to you as much as I can.”

“If they find out it’s me you are calling, not only will I lose my job but I’ll get locked up too,” she allegedly wrote.

Wilson was fired when the letter was found.

According to court documents obtained by KFOR, both Wilson and Frost admitted to the relationship. There was no mention of whether she was facing any charges.

Frost is still in prison on a slew of charges.

According to prison records, Frost was booked into jail on April 11 on charges including attempted robbery with a dangerous weapon, conspiracy to commit a felony, and possession of a firearm after former conviction of a felony.

The prior conviction was not detailed.

Wilson on her Twitter account recently posted a missive that read, “Never work at Oklahoma county jail… it’s a joke.”

She also recently retweeted, or shared, a post that stated, “Never throw away your life just because you can’t be apart of someone else’s” and another that said, “If you get to spend time and talk to whoever you really care about DAILY don’t take that [expletive] for granted.”