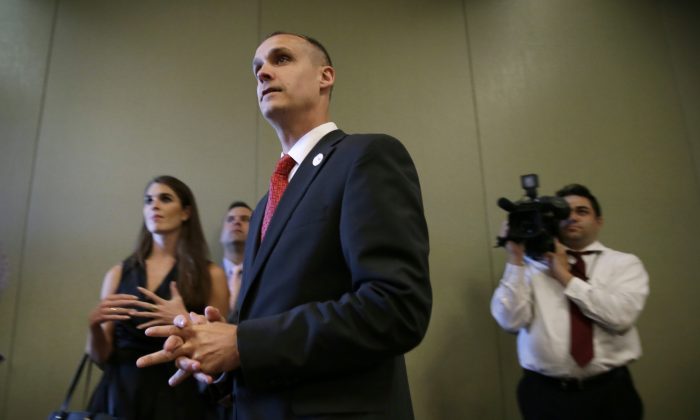 The female reporter who was allegedly assaulted by a Donald Trump campaign manager has resigned from her position at a Trump-friendly blog.

Michelle Fields quit from Breitbart after getting upset over how the blog’s management treated the incident.

I do not believe Breitbart News has adequately stood by me during the events of the past week.
— Michelle Fields

After Fields accused manager Corey Lewandowski of assaulting her at a campaign event, Trump campaign workers denied the incident played out as Fields had described.

Lewandowski called Fields “delusional” and an “attention seeker,” while Trump himself accused the reporter of having “made up” the incident.

But several witnesses backed up Fields’ account, and video that emerged later appeared to support her version of events.

Fields became upset after Breitbart posted images questioning whether Washington Post reporter Ben Terris, one of the witnesses backing her story, identified Lewandowski correctly as the person who assaulted the female reporter—although the piece was later updated with video clips that the blog admitted may show Lewandowski reaching towards Fields, and a new headline.

Steve Bannon is a bully, and has sold out Andrew’s mission in order to back another bully, Donald Trump.
— Ben Shapiro, Breitbart editor

The piece did include an interview with another witness who said he did not see any assault happen, despite being positioned close to Fields at the time of the alleged attack.

The blog later published a piece purporting to show text messages from the campaign manager which is said “prove” that he wasn’t the one who assaulted Fields.

“I do not believe Breitbart News has adequately stood by me during the events of the past week and because of that I believe it is now best for us to part ways,” Fields said in a statement obtained by BuzzFeed.

“Breitbart News, under the chairmanship of Steve Bannon, has put a stake through the heart of Andrew’s legacy,” he said in a statement.

“In my opinion, Steve Bannon is a bully, and has sold out Andrew’s mission in order to back another bully, Donald Trump; he has shaped the company into Trump’s personal Pravda, to the extent that he abandoned and undercut his own reporter, Breitbart News’ Michelle Fields, in order to protect Trump’s bully campaign manager, Corey Lewandowski, who allegedly assaulted Michelle.”