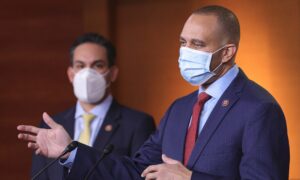 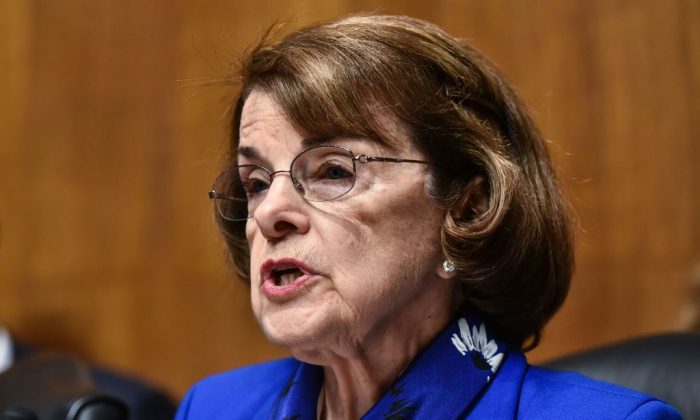 Recent revelations that a long-term staffer for Sen. Dianne Feinstein (D-Calif.) was an alleged Chinese spy are gravely concerning but unsurprising, considering that staffer’s history. Even more concerning is the political environment in San Francisco of which that former staffer is a part.

Longtime Bay Area activist Russell Lowe has deep and ongoing involvement with pro-China communist activists and organizations. Lowe was not a “driver,” as was widely reported, but served officially as “office director” and importantly, as Feinstein’s California liaison to the Asian-American community. Lowe, it is now known, even attended events at the Chinese Consulate on behalf of the senator.

In March 2013, not long before he was fired, Lowe was a guest at the farewell party for China’s consul general in San Francisco, Gao Zhansheng. Lowe was described on the invitation list as “office director of U.S. Senator Dianne Feinstein” and was one of the guests who “awarded proclamations in recognition of Consul General Gao’s contributions to the friendly cooperation between China and Bay area cities,” according to an account of the event posted on the website of the consulate general.

In 1997, The New York Times reported that Feinstein was one of six members of Congress specifically warned about being vulnerable targets for influence operations from China. So why would Feinstein employ known activist Lowe, particularly after she was appointed to the Senate intelligence committee?

Lowe’s background should have raised red flags. As has been reported, Lowe’s father and several relatives came to San Francisco in the 1930s, traveling on false papers. But what has not been reported was Lowe’s militant activism, which continues to this day.

In the late 1960s, Lowe was a member of the Chinese Student Association at Cal Poly–San Luis Obispo with activist Bill Jeong. The two would later work together in Chinese For Affirmative Action (CAA), a Maoist-leaning organization that is still very much part of San Francisco’s political power structure.

CAA worked with other Maoist-influenced groups such as the Chinese Progressive Association to push the Beijing line in Chinatown. Together, they helped to marginalize Chinatown’s once-dominant anti-communist leadership to the point that San Francisco’s Chinese community is now reliably pro-China, along with much of San Francisco’s non-Chinese political leadership, including Feinstein.

Notably, in 1976, Lowe served as a consultant to the far-left Association of Chinese Teachers.

Clearly, Lowe was active in the pro-China San Francisco left, but Feinstein hired him anyway. Perhaps the senator hired Lowe not in spite of his radical background, but because of it.

Lowe is a leader of the Comfort Women Justice Coalition (CWJC). This San Francisco-based group focuses on the Japanese Imperial Army’s sexual enslavement of mainly Korean, as well as Chinese and Filipino, women during World War ll. In May, Lowe promoted a high school curriculum about comfort women for high school students, published by the Education for Social Justice Foundation.

This heart-rending issue is heavily exploited, in typical communist fashion, by pro-China and North Korean radical elements to drive a wedge between Japan and its Western allies. It is also used to divert attention away from Beijing’s and Pyongyang’s horrible human rights records.

The president of the CWJC is Bay Area lawyer Judith Mirkinson. Since the early 1980s, Mirkinson has been a leader of the Prairie Fire Organizing Committee (PFOC), an “above ground” support network for the Cuban-backed domestic terror group the Weather Underground Organization.

In August 2007, Mirkinson and two other activists from Gabriela Network USA, visiting the Philippines, were put on a government “watch list” and prevented from boarding their return flights to the United States. The three were in the Philippines to attend the 10th bi-annual Women’s International Solidarity Affair, organized by GABRIELA, a front group for the Communist Party of the Philippines and its military wing, the New People’s Army—both officially designated as terrorist organizations by the U.S. State Department.

After the U.S.-based, pro-North Korea Party for Socialism and Liberation (PSL) sent 1,360 faxes and 2,272 emails to their congressional representatives, as well as to Ambassador Kristie Kenney in the Philippines, the radical trio was allowed to return home.

Mirkinson is very close to the Freedom Road Socialist Organization (FRSO): She has written for an FRSO publication and has spoken at a conference of the Norwegian Red Party, FRSO’s Scandinavian sister organization.

Another key leader of the CWJC is former San Francisco Supervisor Eric Mar.

In February, Mar addressed an audience at an event held at the University of California–Santa Cruz on the “comfort women” issue. Mar and Lowe know each other well.

When the CWJC installed a statue commemorating “comfort women” in San Francisco’s St. Mary’s Square in 2017, it was Mar who championed the project to his fellow Board members.

The statue created a “firestorm” in Japan. The mayor of Osaka, Hirofumi Yoshimura, threatened to break the city’s 60-year sister-city relationship with San Francisco.

“Our relationship of trust was completely destroyed,” Yoshimura said, according to the Japanese daily Asahi Shimbun. “I will dissolve the sister-city relationship.”

Just the kind of international friction between allies that communists love to promote.

Both of Mar’s brothers moved in Maoist circles. His older brother, Warren Mar, was involved in the Chinese Progressive Association and in the ‘70s pro-China group I Wor Kuen, which merged into the League of Revolutionary Struggle then eventually the FRSO.

Mar’s twin brother, Gordon Mar, was a correspondent for the newspaper of the League of Revolutionary Struggle, the director of the Chinese Progressive Association, and a very strong pro-China activist. He is currently running for San Francisco supervisor.

Eric Mar was active in the Committees of Correspondence, an alliance of FRSO members, former Communist Party USA operatives, and reformed Trotskyites. He traveled to China in 2006, and again with the notorious San Francisco Chinatown political activist Rose Pak three years later.

In 2009, Pak took Mar, San Francisco Assessor-Recorder Carmen Chu, and David Chiu—at times president of both Chinese for Affirmative Action and the San Francisco Board of Supervisors—to Hong Kong and Macao in 2009 to meet a “raft of Chinese government officials,” according to San Francisco magazine.

Politico recently described Pak, who died in September 2016, as one of San Francisco’s preeminent political power brokers. “Though she never held elective office, she was famous for making and unmaking mayors, city councilmen (or ‘supervisors,’ as they’re known in San Francisco), and pushing city contracts to her allies and constituents in Chinatown,” the article read.

Politico also stated: “Concerns about Pak’s links to the Chinese Communist Party occasionally percolated into local political debate, but the intelligence community’s identification of Pak as a likely agent of influence for Beijing is being reported here for the first time.”

An award-winning gun control advocate, Yee was arrested by the FBI on March 26, 2014, on charges of public corruption and gun trafficking. At his trial, the FBI alleged that Yee was buying automatic firearms and shoulder-launched missiles from the Philippines-based jihadi group Moro Islamic Liberation Front, known for its close cooperation with the Communist Party of the Philippines. Yee was convicted of attempting to sell those weapons to an undercover FBI agent and sentenced to five years imprisonment.

While working for Feinstein, and afterward, Lowe continued to donate significant sums to his old workplace, Chinese for Affirmative Action.

The coalition was established in response to “pervasive efforts by the U.S. Department of Justice that target and prosecute Chinese-American individuals for espionage-related crimes.”

According to CAA: “Regrettably, this form of discrimination is part of our U.S. history. From the Chinese Exclusion Act to the internment of Japanese Americans during World War II, Asian Americans have been labeled and profiled as perpetual foreigners and threats to national security. The Muslim Ban, police violence against African Americans, and attacks against immigrants today must be understood in this same vein.

“CAA, with our ENSS coalition partners, will continue to oppose efforts to racially profile Asians Americans under the false pretext of national security, to advocate for greater government accountability, and to build alliances across affected communities.”

Strangely, though one of their former staffers/longtime donors has been accused of spying for China, CAA has yet to raise a whimper in defense of Lowe.

Today’s San Francisco is a cesspool of Beijing-backed corruption, subversion, and espionage.

There needs to be a thorough public investigation into Chinese regime influence in San Francisco and its spreading tentacles into Sacramento and Washington.

The Russell Lowe case is the very small tip of a very large iceberg.