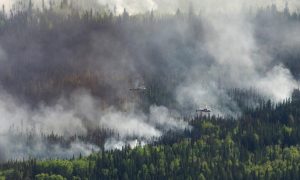 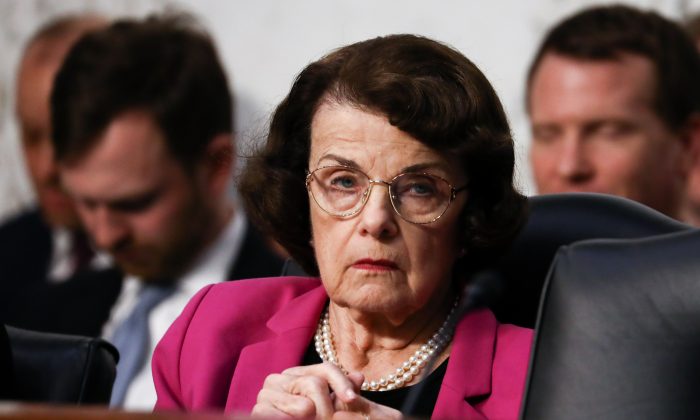 A bill set to be introduced after the summer recess will target problem areas officials say lead to wildfires.

“The 2017 and 2018 fire seasons brought unspeakable loss and grief to California and Montana communities,” the lawmakers said in a joint statement obtained by NTD News.

“Unfortunately, millions of acres of forests in our states and across the West remain at high risk of catastrophic wildfires, and there is strong consensus that fire seasons will only get worse. We believe additional resources are urgently needed to protect our communities and tackle these emergency conditions.”

The bill is aimed at improving forest management in California and Montana, including coming up with the best ways to remove dead and dying trees and woody biomass and reforesting areas after wildfires.

“Our bipartisan bill will take concrete, meaningful steps to improve forest health and address the worsening threat that catastrophic wildfires pose to our communities. We intend to introduce the bipartisan legislation after the Senate returns from the August work period and will work with members of both parties to pass it,” the Senators added.

The bill will target areas that President Donald Trump highlighted after a large wildfire in California last year.

“There is no reason for these massive, deadly and costly forest fires in California except that forest management is so poor,” he said in one tweet. “Billions of dollars are given each year, with so many lives lost, all because of gross mismanagement of the forests. Remedy now, or no more Fed payments!”

In another, he said that the wildfires in the state were “being magnified and made so much worse by the bad environmental laws which aren’t allowing massive amounts of readily available water to be properly utilized,” adding that trees must be cleared to prevent fires from spreading.

The order included a review by the secretary of the interior that would focus on logging across millions of acres federally-administered lands to reduce fuel loads and working to protect water quality and stem flooding and erosion from forest fires.

In June, the U.S. Forest Service proposed regulatory changes that would ease regulations to open up additional federal land to logging to help prevent wildfires.

In the same month, Trump spoke about the issue at an environmental leadership event at the White House: “I went to the fires in California and I said, ‘It’s also management.’ It’s a lot of things happening, but it’s management. You can’t have dirty floors. You can’t have 20 years of leaves and fallen trees. After the first 17 months, they say the tree is like a piece of tinder. You have to be very careful. So you can’t have that. That’s why you have so many fires.”

“And I will say this: Spoke with the Governor of California, spoke with many people, and the process of cleaning is now really taking precedent. It—a lot of people are looking at forest management. It’s a word that people didn’t understand last year. Now they’re getting it. And you don’t have to have any forest fires. It’s interesting,” he added.

“One was telling me that his trees are much more susceptible to fire than what they have in California, but they don’t have fires because they manage, they clean, they do what you have to do. There’s not so much to burn. And we’re going to start doing that. And it’s called, remember, ‘management.’ It’s called ‘forest management.’ So it’s a very important term.

“When I went to California, they sort of scoffed at me for the first two weeks and maybe three weeks, and not so much—four weeks. And after about five weeks they said, ‘You know, he’s right. He’s right.'”