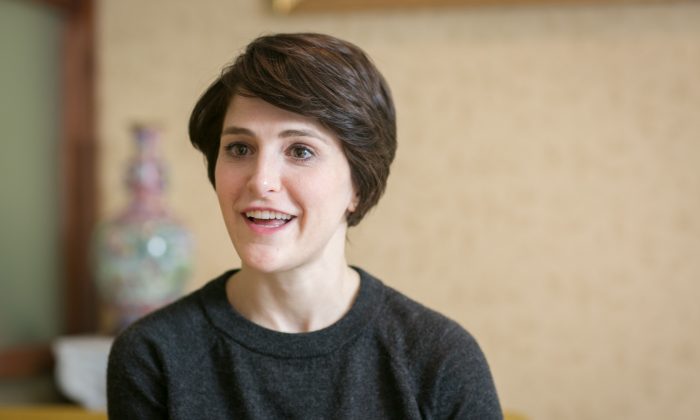 Feeling the Magic Behind Sustainable Fashion

Zady tells the stories behind the clothes, helping shoppers make a connection
By Emel Akan
Print

Maxine Bédat is a thoughtful entrepreneur. Her business model is driven by her passion to be a voice for the voiceless in the fashion industry.

“We feel the great responsibility to spearhead a movement,” said Bédat, CEO and co-founder of Zady, an online store that champions ethical and sustainable fashion.

Launched in 2013, Zady is among the first online retailers that provide a dynamic shopping experience to its customers. With its rich media content, it shares stories on individual brands and how they source and manufacture their products.

“Fashion is the world’s second-most polluting industry after oil. It employs one out of six people globally, and they are the most poorly treated people. … We want to be thoughtful. There is obviously a lot of work ahead for the industry. But people are awakening to it and looking for brands that stand for sustainability,” Bédat said.

In 2009, while in law school, Bédat worked in Tanzania for the United Nation’s International Criminal Tribunal for Rwanda, the court that prosecutes people responsible for the Rwandan genocide.

She used her free time to explore Africa and deepen her understanding of sustainable economic development. Inspired by her experience in Africa, she founded The Bootstrap Project, a nonprofit organization dedicated to reviving craft traditions in developing countries.

We feel the great responsibility to spearhead a movement.
— Maxine Bédat, Zady

She spent time with craftsmen in places like Zambia, Tajikistan, and Nepal and was inspired by their stories. “We became so separated from our supply chain that we don’t know anything about it,” Bédat said.

This experience laid a foundation for Zady, a platform for conscious consumers who care about the stories behind the products they purchase.

“It was really through that journey, I saw that real sustainable change can happen by a business.”

‘The Whole Foods of Fashion’

Bédat’s passion for sustainability led her to become an entrepreneur. After graduating from Columbia University Law School in 2012, she started working on the business idea together with her high school friend Soraya Darabi. Both grew up in Minneapolis.

Before Zady, Darabi worked for The New York Times, where she ran its digital and social media efforts. And she also co-founded the application called Foodspotting, which was later acquired by Open Table.

Bédat and Darabi brought together their unique experiences and launched Zady. They have positioned the brand as “The Whole Foods of Fashion.”

Darabi is currently not involved in day-to-day operations, but works as an adviser to the firm.

“Whole Foods did a beautiful job of making organic foods and telling the stories behind them. We thought we could do the same with clothing and tell the story behind it,” said Bédat.

Zady aims to facilitate a connection between the shoppers and the origins of the clothes they buy.

“Our parents and grandparents knew where clothing came from and the process. But we became entirely disconnected from it. It is very exciting for the whole generation to relearn and reconnect. It is a whole awakening process for people,” Bédat said.

In order to meet like-minded people, Bédat and Darabi started attending the trade shows. They were exploring and asking questions of brands and their production facilities.

Zady aims to facilitate a connection between the shoppers and the origins of the clothes they buy.

“We asked the companies where they were manufacturing, and the people who were in charge had no idea. They were saying vague things like overseas, Asia, China, orient. It shows how backward the industry is,” Bédat said about her first experiences at the trade shows.

Nonetheless, they found like-minded people who were excited to be part of Zady’s mission. And that is how Zady built its own community of brands and designers who work sustainably.

“When we first launched the website two and a half years ago, most people did not care about it. It is so exciting to see how the conversation has changed in such a short period of time,” Bédat said.

The online platform currently showcases the products of more than 50 brands and designers from all around the world. The products include womenswear, menswear, jewelry, beauty products, and a collection of home items, where each piece has a traceable origin and a rich story.

Zady also launched its private label collection in 2014. The collection has nine pieces, and it is growing fast. Through videos and brief documentaries posted on the website, Zady shows every single step, including cotton sourcing, spinning and weaving, dyeing, and sewing.

“People responded very positively. It is a direct way to show and be part of the movement,” Bédat said.

She believes Zady’s achievements are largely dependent on cooperative efforts with designers and companies as well as the whole supply chain, including farmers, washers, dyers, spinners, and knitters.

“We always work to achieve high standards. I get very nervous when companies say we are transparent, and here is a picture of the factory. … We want to see our suppliers as partners in the long term and share our standards with them” Bédat said.

Zady developed its own standards for the manufacturing of its private collection, which took a couple of years. “We happily share these standards with brands who want to do a better job. There is a big road ahead for brands to change their way. We are playing a helpful role in that,” Bédat said.

For Bédat, it is very magical to see how wool comes out of a sheep and becomes a sweater. That is the magic Zady wants to capture and share. “So I am not just buying a sweater. I am buying a beautiful alpaca tradition that has thousands of years of history in Peru,” she said.

We certainly don’t want to be the only players out there. We are not here to compete on sustainability.
— Maxine Bédat, Zady

The most effective marketing tool for Zady was certainly sharing stories, videos, or brief documentaries online, showcasing how clothes were made. They have also used social media to increase brand awareness. “Any kind of storytelling has been really a good investment and good use of our resources. It is organic,” Bédat said.

And any competitive platform that champions sustainable, ethical fashion is a good support for Zady. “Our expectation is that entire industry changes. So we certainly don’t want to be the only players out there. We are not here to compete on sustainability,” she said.

“Fast-fashion” pioneered by brands like Zara, H&M, and Forever21 has received a lot of criticism in recent years. It offers cheap, trendy clothes, but often struggles to embrace an ethical and sustainable business model.

There is an accelerating shift away from unsustainable fashion.

Both the environment and workers in the underdeveloped world are paying the price for unsustainable fashion, according to Bédat. The conditions in the fashion industry set the stage for tragic events such as the collapse of the Rana Plaza building in Bangladesh that killed over 1,000 people in 2013, including garment workers ordered to report for work in a building that was clearly unsafe.

“We are not just a fashion company. We communicate what the challenges are in the industry,” Bédat said.

There is an accelerating shift away from unsustainable fashion. And thanks to e-commerce sites like Zady, bloggers, influencers, and social media, the ideas are spreading very quickly.

Bédat remains very hopeful: “Two years ago, people had no clue about sustainable fashion. It seems everybody is talking about it now, which is exceptional and exciting. I have been thrilled with the reception so far. It is just the beginning.”