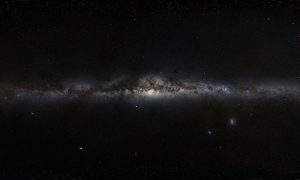 How Can Dark Matter Cause Chaos on Earth Every 30 Million Years?
0
Share Now
TelegramFacebookTweetEmailTellMeWeReddit
Copy Link 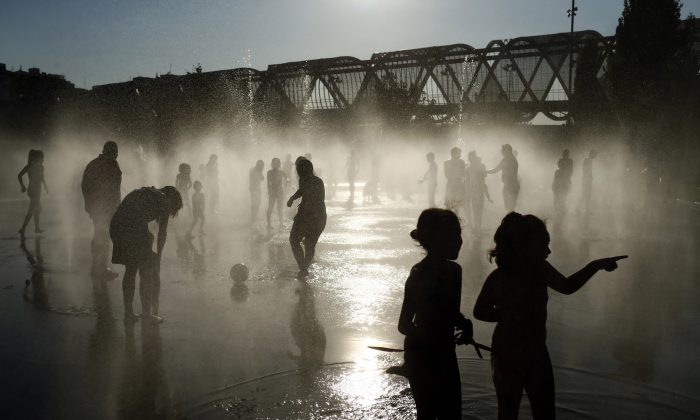 FILE - In this July 12, 2015 file photo, people cool down in a fountain beside the Manzanares river in Madrid, Spain. (AP Photo/Oscar del Pozo, File)
Environment

Feeling the Heat: Earth in July Was Hottest Month on Record

And it’s almost a dead certain lock that this year will beat last year as the warmest year on record, they said.

July’s average temperature was 61.86 degrees Fahrenheit, beating the previous global mark set in 1998 and 2010 by about one-seventh of a degree, according to figures released Thursday by the National Oceanic and Atmospheric Administration. That’s a large margin for weather records, with previous monthly heat records broken by a 20th of a degree or less.

“It just reaffirms what we already know: that the Earth is warming,” said NOAA climate scientist Jake Crouch. “The warming is accelerating and we’re really seeing it this year.”

NOAA records go back to 1880. Separate calculations by NASA and the Japanese weather agency also found July 2015 to be a record.

The first seven months of 2015 were the hottest January-to-July span on record, according to NOAA. The seven-month average temperature of 58.43 degrees is 1.53 degrees warmer than the 20th-century average and a sixth of a degree warmer than the old record set in 2010.

Given that the temperatures have already been so high already — especially the oceans, which are slow to cool — NOAA climate scientist Jessica Blunden said she is “99 percent certain” that 2015 will be the hottest on record for the globe. The oceans would have to cool dramatically to prevent it, and they are trending warmer, not cooler, she said.

Crouch, Blunden and other scientists outside of the government said these temperatures are caused by a combination of man-made climate change and a strong, near-record El Nino. An El Nino is a warming of the equatorial Pacific Ocean that alters weather worldwide for about a year.

The oceans drove the globe to record levels. Not only were the world’s oceans the warmest they’ve been in July, but they were 1.35 degrees warmer than the 20th-century average.

The heat hit hard in much of Europe and the Middle East. It was the hottest July on record in Austria, where records go back to 1767. Parts of France had temperatures that were on average 7 degrees above normal and temperatures broke 100 in the Netherlands, which is a rarity. And an Iranian city had a heat index (the “feels like” temperature) of 165 degrees, which was still not quite record.

This shows that despite what climate change doubters say, there is no pause in warming since 1998, Blunden said.

It doesn’t matter if a month or a year is No. 1 or No. 2 or No. 5 hottest on record, said University of Georgia climate scientist Marshall Shepherd.

“The records are getting attention but I worry the public will grow weary of reports of new records each month,” Shepherd said in an email. “I am more concerned about how the Earth is starting to respond to the changes and the implications for my children.”