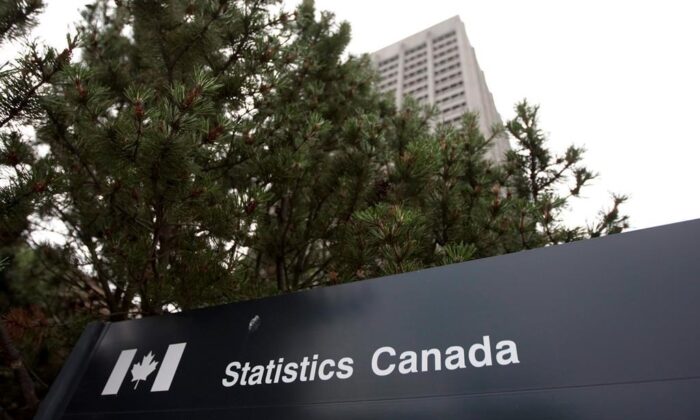 Signage mark the Statistics Canada offiices in Ottawa on July 21, 2010. Canada's national statistics agency says more than one million Canadians lost their jobs in the month of March, due to fallout from COVID-19. The unemployment rate has also climbed to 7.8 per cent, up 2.2 percentage points since February. (Sean Kilpatrick/The Canadian Press)
By The Canadian Press

OTTAWA—Statistics Canada reports the economy lost 1,011,000 jobs in March as the COVID-19 crisis began to take hold, which lifts the unemployment rate up to 7.8 percent.

The 2.2 percent increase in the national unemployment rate marks the worst single-month change over the last 40-plus years of comparable data and brings the rate to a level not seen since October 2010.

Statistics Canada retooled some of its usual measures of counting employed, unemployed and “not in the labour force” to better gauge the effects of COVID-19 on the job market, which has been swift and harsh.

The number of people considered unemployed rose by 413,000 between February and March, almost all of it fuelled by temporary layoffs, meaning workers expected their jobs back in six months.

The jobs report out this morning also says that most of the losses were in the private sector, with the greatest employment declines observed for youth aged 15 to 24.

Canadians will also get more grim news today: the first national picture of how bad the crisis could get and how long it could last.

The federal government has been under pressure to release national projections, as other countries have done.

Trudeau has said the national numbers would be coming soon but has repeatedly stressed that projections aren’t predictions, that Canadians can change the trajectory of the disease by heeding orders to stay home and keep physical distance from one another.

In the absence of national numbers, a number of provinces—including the two largest and hardest hit, Ontario and Quebec—have released their own projections.

Ontario has projected that 3,000 to 15,000 residents could die from the pandemic, the aftershocks of which could last up to two years.

In its “probable” scenario, Alberta has projected 400 to 3,100 deaths, with infections peaking in mid−May. But if Albertans don’t practice physical distancing and other precautions, public health officials say there could be 500 to 6,600 deaths.