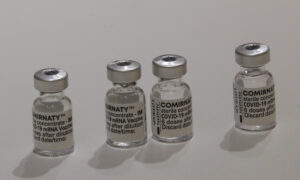 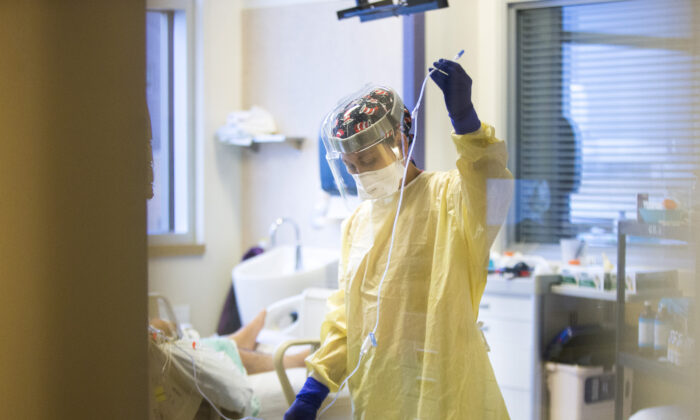 Ottawa announced it would send a range of support including epidemiologists and increased testing capacity to Manitoba in response to the premier’s call for federal help to cope with the province’s surging COVID-19 cases and overflowing intensive care units.

“A critical part of our fight against COVID-19 is the support we have provided to provinces and territories,” Public Safety Minister Bill Blair said in a statement Monday. “Today, departments and agencies across the federal government have again come together to support our fellow citizens in Manitoba.”

Specifically, human resources from federal health, medical staff through the Canadian Red Cross, and support from the Canadian Armed Forces (CAF) will be deployed to the province, Public Safety Canada said in a news release on Monday.

The province reportedly had 594 new cases of COVID-19 and three deaths on May 21, the day Premier Brian Pallister requested assistance from the federal government, reported the Canadian Press. The five-day test positivity rate was at 14.1 percent provincially and 16.1 percent for Winnipeg.

Pallister said the province would need up to 50 critical care nurses, 20 respiratory therapists, and up to 50 contact tracers from Statistics Canada (StatCan), which Public Safety Canada has since confirmed StatCan will provide the necessary manpower to the province.

“This is going to be, we hope, a temporary thing and a short-term thing, but the sooner we get a little bit of backup help here the better,” the premier said at the time.

There are 74 patients who either have or are recovering from COVID-19, the disease the CCP (Chinese Communist Party) virus causes, a spokesperson for Manitoba’s Shared Health told CTV. Of the 74, 11 are under 40 years old.

As of Monday, 14 Manitoba ICU patients infected with COVID-19 have been transferred to Ontario, reported CTV.

“Patients were transported to North Bay, London, Ottawa and Windsor. All facilities are participating in the Ontario Critical COVID-19 Command as an extension of an agreement made with Ontario Health North,” the spokesperson said.

The CAF is currently supporting vaccine rollout in up to 23 reserve Indigenous communities in Manitoba until the end of June, but Defence Minister Harjit Sajjan said the forces “stand ready” to work alongside provincial governments to contain the spread of COVID-19.

Pallister has also reached out to U.S. President Joe Biden, requesting that surplus doses of COVID-19 vaccines be shipped to Canada, but as of May 22, he has yet to receive a response, reported the Canadian Press.