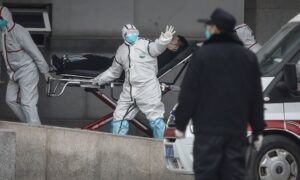 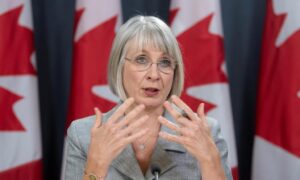 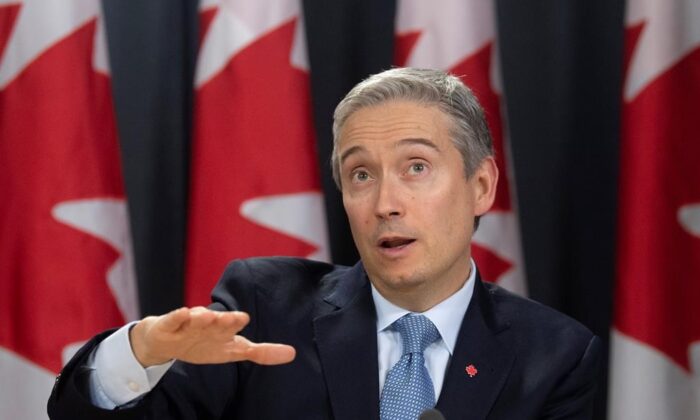 Foreign Affairs Minister Francois-Philippe Champagne during an update on the coronavirus situation on Feb. 3, 2020 in Ottawa. (The Canadian Press/Adrian Wyld)
Canada

Feds Say Canadians in Wuhan To Be Flown Out on Feb. 6

A chartered plane that’s to airlift Canadians from the epicentre of a virus outbreak in China was on its way overseas on Feb. 4, while its prospective passengers were told to be ready to leave on Feb. 6.

In a tweet on Feb. 4, Canadian Foreign Affairs Minister Francois−Philippe Champagne said the flight will wait in Vietnam for final permission from Chinese authorities to land in Wuhan, an area quarantined to contain an outbreak of a new coronavirus.

The Canadian Press obtained a copy of a letter sent by the government to Canadians and permanent residents of Canada currently in Wuhan. The letter said a flight is to depart from the city’s international airport early on Feb. 4.

“Due to demand and the restrictions associated with this flight, we cannot guarantee that everyone who is eligible for a seat will be able to board the plane,” the letter says.

Passengers are being told to arrive at the airport on the evening of Feb. 5. The letter says they will be screened for any signs of the virus and those with symptoms will not be allowed to board the plane.

The letter says passengers must get to the airport themselves and warns of possible delays at checkpoints. It also says that people should “expect delays” as the check−in experience for the flight will be “significantly different” from what they are used to.

“We recommend you bring some food and water for you and your family for the time you are at the airport waiting to depart,” it says.  “You will not be able to take the food on the plane.”

Federal Health Minister Patty Hajdu has said 304 Canadians have asked for assistance to return home but only 280 have Canadian passports.

Ottawa has said that upon arrival in Canada, the evacuees will be quarantined at the Canadian Forces Base in Trenton for 14 days. The letter says visits from friends and family will not be permitted to prevent possible transmission of the virus.

Richard Fabic, whose 15−month−old daughter, Chloe, is in Wuhan with her grandparents, said the plan by the government to keep families together is thoughtful.

“Looks like they spent the extra time to get it right and very appreciative that Chloe has been included on that list to board that plane,” Fabic said from his home in Mississauga, Ont.

He said he was emotional after seeing the letter.

Fabic said he will talk to the government about dropping off diapers and a few toys for Chloe in Trenton, and hopes the place has Wi−Fi so he can continue to see his daughter, who took her first steps while in China.

“It took her so long to start walking but now she wants to run,” he said. “I can’t wait to just bring her to a park and let her run around until she’s exhausted.”