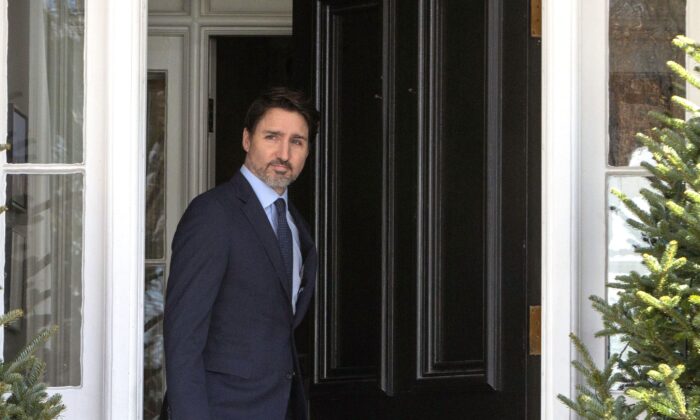 The Canadian federal government said Friday it will restrict incoming international flights to a select few airports to control the spread of COVID-19, the disease the new coronavirus causes.

The move comes two days after President Donald Trump announced that as of Friday night, the United States will ban foreign nationals who in the last two weeks visited any of 26 countries in Europe to control the spread of the outbreak.

Trump’s announcement appeared to catch the Trudeau government off-guard and raised the possibility that the United States might close the Canada-U.S. border, which would have dire consequences for the Canadian economy.

Transport Minister Marc Garneau and Public Safety Minister Bill Blair announced the new international flight policy after a cabinet meeting that was chaired remotely by Prime Minister Justin Trudeau, who is working in self-imposed isolation after his wife tested positive for the novel coronavirus.

Speaking from outside Rideau Cottage, his residence, Trudeau refused to rule out further measures, including closing the Canadian border to individual countries.

Trudeau also said he was speaking by phone with fellow G7 leaders to take joint action to address the economic downturn that the global pandemic has caused. Trudeau spoke with France’s President Emmanuel Macron on Friday, after speaking with Trump, British Prime Minister Boris Johnson and Italy’s Giuseppe Conte in recent days.

“We’re not closing the door to any further steps but we will make those decisions based on what science tells us,” Trudeau said.

Garneau said the government was still working out the details of which specific airports would be affected.

Blair said the government was in consultations to ensure “that international arrivals from certain regions” land at fewer airports. He had no other details.

“This will enable us to concentrate our precious resources for our border-services officers and for our public-health officers to ensure that they can do the important job that Canadians require of screening all arriving passengers to make sure, first of all ,that they are safe and healthy and that they are properly referred and dealt with should they be symptomatic,” Blair said.

Trudeau said earlier Friday that Canada is exploring whether to close the Canada-U.S. border to slow the spread of COVID-19.

Trudeau made the comments in a radio interview with CBC today, just as the House of Commons, which is closing its doors for five weeks, passed legislation to ratify the new North American trade deal.

The Senate then signed off on the bill to ratify the U.S.-Mexico-Canada Agreement almost immediately, and royal assent from Governor General Julie Payette followed at mid-day.

Ratifying the agreement, long a cornerstone of Trump’s re-election hopes, could be a central element of Canada’s U.S. border strategy after the White House decision to block foreign nationals who recently visited Europe from setting foot on American soil.

“Canada is facing an unprecedented challenge from the coronavirus pandemic,” Deputy Prime Minister Chrystia Freeland said. “Getting NAFTA done was something that was entirely within the power of Canadian legislators to do, and something we were able to do to help the Canadian economy at this challenging time.”

Business leaders and the provinces have been urging the federal Liberal government to resist pressure to close the border in the wake of Trump’s extraordinary travel ban, which takes effect tonight at midnight.

With the ratification of the new deal, a three-month period begins to give the three countries time to hammer out the regulations that will govern the mechanics of the agreement.

“As you’ve seen, there are recommendations not to travel outside of Canada. We’re in the midst of co-ordinating with the Americans, obviously, on our borders, on our actions. We’ll continue to evaluate what we can do and how we can keep Canadians in security and we won’t close the door on any idea.”