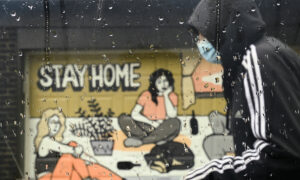 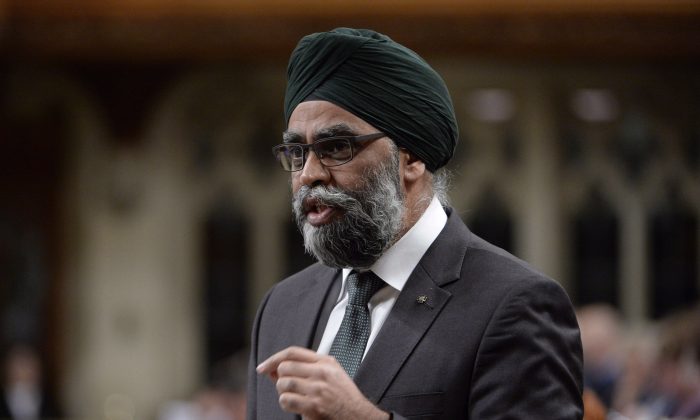 Minister of National Defence Minister Harjit Sajjan responds to a question during Question Period in the House of Commons, on Nov. 22, 2018 in Ottawa. (The Canadian Press/Adrian Wyld)
Canada

OTTAWA—Despite publicly confirming that Russia interfered in the last federal election and warning that it will doubtless try again in next year’s vote, the Trudeau government won’t provide any details about the alleged meddling.

It is refusing to respond to a written question from Alberta Conservative MP Blaine Calkins, who had pointed out that Prime Minister Justin Trudeau said in September that there was not “much direct interference” by Russia in the 2015 federal election.

He asked in what specific ways Russia did interfere, then.

In a response from the prime minister’s parliamentary secretary, the government says the answer to Calkins’ question has been withheld under section 15 of the Access to Information Act “for reasons of international affairs.”

That section exempts the government from disclosing information that could be injurious to the conduct of international affairs, the defence of Canada or its allies or the detection, prevention or suppression of subversive or hostile activities.

Trudeau’s comment is not the only time the government has suggested Russia has already interfered in Canadian elections.

Last March, Canada expelled four Russian diplomats over the poisoning of an ex-spy in Britain.

At the time, Foreign Affairs Minister Chrystia Freeland issued a statement saying: “The four have been identified as intelligence officers or individuals who have used their diplomatic status to undermine Canada’s security or interfere in our democracy.” She refused to elaborate.

Just this week, Defence Minister Harjit Sajjan warned that Canadian voters will be targeted by online cyber attacks and fake news during next fall’s federal election as Russia steps up its efforts to undermine Western democracies.

“We have taken this into account very seriously in our defence policy,” Harjit Sajjan said in an interview with The Canadian Press. “We need to further educate our citizens about the impact of fake news. No one wants to be duped by anybody.”

Given all that, Calkins said he finds it “kind of puzzling” that the government refuses to disclose any details about what Russia has already been up to.

“Canadians do have a right to know if there is Russian interference in our democratic process,” he said in an interview on Nov. 22, adding that it’s hard for voters to know what to watch out for in future if they don’t know what’s happened in the past.

“It’s very unfortunate that this information is being kept from the Canadian public.”

Calkins pointed out that the United States has been far more open about Russian meddling in its 2016 presidential election.