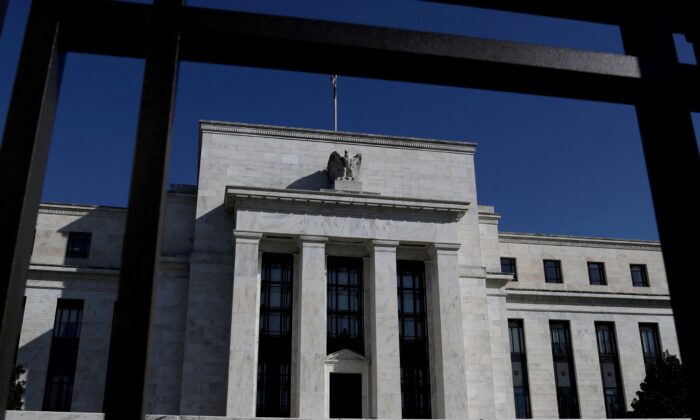 Now that the Federal Reserve is on a path of monetary tightening—a blend of raising interest rates and reducing its $9 trillion balance sheet—the nation’s fiscal situation is coming under a microscope.

With borrowing costs expected to increase in the coming years significantly, the costs to service these public and private debts are projected to balloon over the next decade.

“When the Fed raises or reduces the cost of money, it affects interest rates across the board,” said Greg McBride, Bankrate chief financial analyst. “One way or another, it’s going to impact savers and borrowers.”

According to the Consumer Financial Protection Bureau (CFPB), Americans pay about $120 billion in credit card interest and fees every year.

A new study by WalletHub, a personal finance publication, projects that the central bank’s half-point rate increase will force consumers to spend an extra $3.3 billion on credit card interest in 2022.

After the institution’s quarter-point jump in March, interest rates rose across 75 percent of the roughly 200 credit cards that LendingTree monitors.

Despite the new trend of swelling interest costs, Americans are more worried about rampant price inflation than higher rates.

“Roughly 9 in 10 Americans are more worried about higher prices for gas and groceries than higher interest rates on their credit cards,” Delaney Simchuk, a WalletHub analyst, said in the report. “Credit card interest is avoidable, and rates are usually high to begin with. For example, 132 million people think their credit card rates are too high already, according to a new WalletHub survey. On the other hand, you can’t escape inflation in the prices of daily necessities.”

Still, the public is generally opposed to the Fed’s rate moves, the research found. A total of 41 percent report that they aren’t good for the economy, and 53 percent say that they aren’t beneficial for their wallets.

During a press conference on May 4 after a two-day policy meeting, Fed Chair Jerome Powell acknowledged that this tightening cycle to restore price stability could cause “some pain” and force “consumers to spend a little less.”

Taxpayers will also foot the bill with the Federal Open Market Committee’s (FOMC) campaign to adopt a neutral rate—a policy rate that neither spurs nor restricts economic growth—by year’s end.

The federal government presently spends approximately $330 billion on interest payments, higher than food stamps and disability insurance combined. But a rising-rate environment will contribute to growing costs, according to the Committee for a Responsible Budget (CFRB).

According to the CFRB’s calculations, two-thirds of the nation’s debt will roll over into higher-yield bonds. Moreover, for every 1 percentage point jump in rates above expectations, deficits will advance by $2 trillion over a decade, in addition to the $13 trillion in projected borrowing.

The federal government’s net interest payments are projected to increase to $914 billion by 2031, according to the White House’s Fiscal Year 2022 budget (pdf).

“To limit the damage, lawmakers should use fiscal policy to help rather than hinder the Fed’s efforts. That means paying for all new legislation, ending ongoing COVID relief like the student debt pause, and beginning to reduce our deficits and debt. There are plenty of options to reduce health-care costs, close the tax gap, cut wasteful spending, and raise revenue that can help in the near term.

“Rising interest rates are an important reminder that high debt has a cost, and that those calls for further debt were imprudent.”

Since 2016, increases in spending on health care, Social Security, and interest on debt have outpaced the growth of federal revenues.

President Joe Biden announced on May 4 that the Treasury Department would pay down $26 billion in privately held debt in the second quarter of this year.

“The bottom line is that the deficit went up every year under my predecessor before the pandemic and during the pandemic. And it’s gone down both years since I’ve been here. Period,” he said.

The president also wrote on Twitter, “Looking ahead, I have a plan to reduce the deficit even more, which will help reduce inflationary pressures and lower everyone’s costs.”

Some economists say that this is misleading because many of the costly pandemic fiscal stimulus and emergency relief programs have expired, effectively lowering the government’s obligations. In addition, Biden said his deficit reduction would help fight inflation, although many members of his administration have claimed that deficit-financed spending plans since the CARES Act haven’t contributed to inflation.

Although the White House intends to pay down the debt for the first time in six years, the Treasury anticipates borrowing $182 billion in privately held debt in the third quarter.