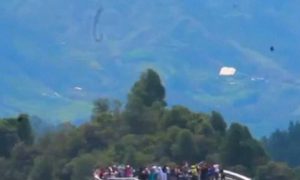 Tourists Frozen as Their Boat Slowly Sinks Into Colombian Reservoir
0 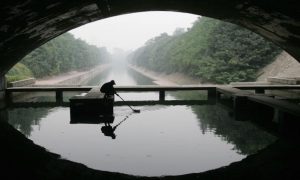 Oil Pollution Causes All Fish in Chinese Reservoir to Die
0 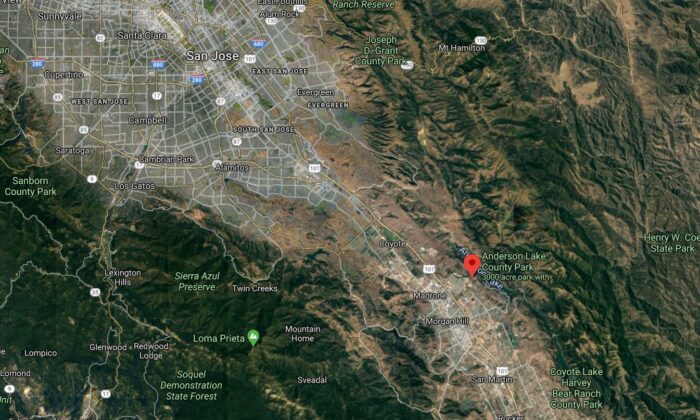 A Silicon Valley reservoir must be drained because its dam could break during a major earthquake and flood numerous towns and cities in the San Francisco Bay area. (Google Maps)
US News

A Silicon Valley reservoir must be drained because its dam could break during a major earthquake and flood numerous towns and cities in the San Francisco Bay area.

The risk posed by the dam on the Anderson River in Santa Clara County is too great, said the Federal Energy Regulatory Commission (FERC), which said the lake has to be drained by Oct. 1.

“It is unacceptable to maintain the reservoir at an elevation higher than necessary when it can be reduced, thereby decreasing the risk to public safety and the large population downstream of Anderson Dam,” wrote David Capka, the head of FERC’s Division of Dam Safety and Inspections, in a letter to the agency that manages the dam, the Santa Clara Valley Water District.

The dam, which was built in 1950, is located between San Jose and Morgan Hill, and it can hold 89,073 acre-feet of water. According to the San Francisco Chronicle, it holds more than half what the district has stored.

Capka said the reservoir must be drained “as quickly as you can” and the dam must be fixed before the winter of 2021 and 2022. “Your actions to date do not demonstrate an appropriate sense of urgency,” he also wrote.

Local officials agreed that the dam needs to be retrofitted but she said that draining the reservoir could result in unintended consequences.

“Valley Water agrees with the Federal Energy Regulatory Commission that it is vital we reduce the dam safety risk and move as quickly as possible with the Anderson Dam Seismic Retrofit Project,” Valley Water CEO Norma Camacho said in a statement Monday. However, Camacho added, “The demand to empty Anderson Reservoir could result in unsafe consequences.”

Camacho said draining the reservoir might cause fish die-offs and significantly impact sensitive native fish, amphibians, reptiles, wetlands, and other habitats. Water supplies would be strained, and the district would have to find another source outside the county especially if there’s another drought, she added.

More than 14,000 residents were evacuated in 2017 after the Coyote Creek, downstream of the Anderson Reservoir, flooded homes and shut down numerous roads. That was following especially heavy rains in the area.

Currently, Anderson Reservoir is operating below the current levels required by FERC and California’s dam agency, according to Valley Water. In the interim, officials will have to design and build a large outlet pipe to drain the water before Oct. 1.

Last year, an Associated Press investigation found that nearly 1,700 dams across the United States are in “poor or unsatisfactory condition as of” 2018.

“There are thousands of people in this country that are living downstream from dams that are probably considered deficient given current safety standards,” said Mark Ogden, a former Ohio dam safety official who is now a technical specialist with the Association of State Dam Safety Officials, according to AP.