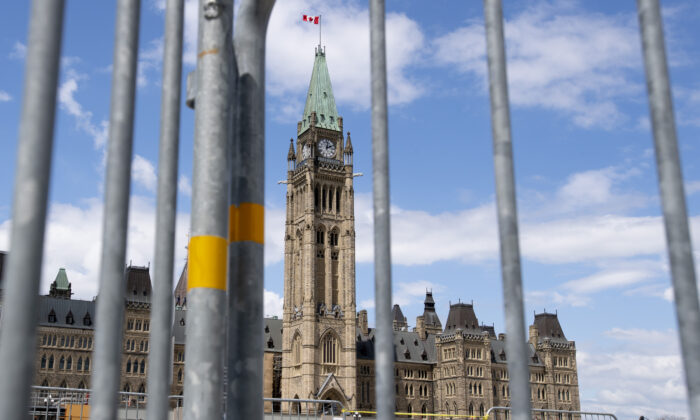 The federal government has missed the deadline to update employees on whether its COVID-19 vaccine mandate will remain in place, leaving thousands of public servants who didn’t take the shots or disclose their vaccination status wondering whether they can return to work.

In a statement to The Epoch Times on April 14, the Treasury Board of Canada Secretariat said the board is “currently reviewing all elements” of the mandate.

“The Policy on COVID-19 Vaccination for the Core Public Administration, including the RCMP, requires the review of the need for the policy and its contents at a minimum of every six months,” said spokesperson Martin Potvin in the email.

The mandate, which came into effect last October, requires federal workers to get two doses of the COVID-19 vaccine or face unpaid leave. The policy was scheduled to be updated on April 6.

“Results will be communicated in due course. Any decision made will be based on science and the advice of public health officials,” Potvin said.

Potvin added that as of March 28, there are about 1,800 federal employees on unpaid leave “as a result of declining to disclose their vaccination status or because they are unwilling to be fully vaccinated.”

Chris Aylward, national president of the Public Service Alliance of Canada, a union representing nearly 230,000 public servants, said it has not been notified on which direction the government will go.

If the definition of fully vaccinated is changed, workers may need a booster dose to keep their jobs.

More than 98 percent of federal public workers have attested that they are fully vaccinated against COVID-19 with two doses as of March 28, according to the government’s website.

Vaccination rates in the general population are similarly high, at about 90 percent for those 18 years or older as of March 27. But uptake of boosters has been slower, at just 57 percent.