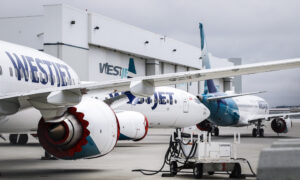 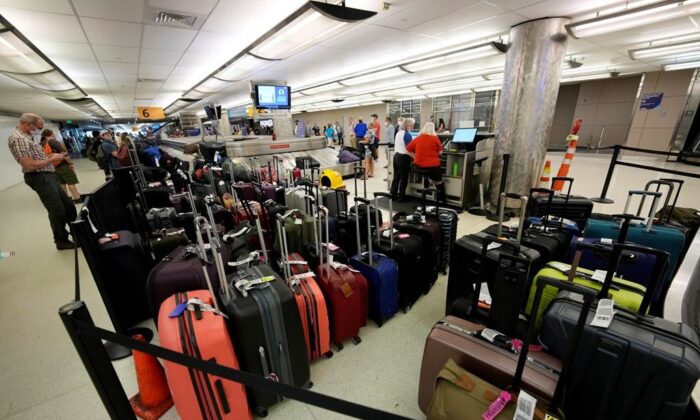 Baggage stacks up from delayed travellers in the baggage claim area in Denver International Airport on June 16, 2021, in Denver. (AP Photo/David Zalubowski)
Canada

OTTAWA—The federal government is proposing new rules that would strengthen passengers’ right to flight refunds, ensuring reimbursement following cancellations made for reasons outside the airline’s control.

Published in the Canada Gazette, the detailed proposal comes after most Canadian airlines held back for more than a year on refunds for trips they cancelled due to the COVID-19 pandemic.

The majority of large airlines have now agreed to reimburse customers as part of the conditions of relief packages from Ottawa over the last few months.

In December, Transport Minister Marc Garneau ordered the Canadian Transportation Agency to shore up rules around air passenger refunds and close the “gap” in consumer protection laid bare by the pandemic.

The agency says no one will be “left out of pocket” under the new rules, which would require airlines to refund money within seven days for a credit card purchase and 20 days for payments by cash, cheque or points.

Airlines would only be allowed to provide payback in an alternative form, such as flight credit, if that option is worth more than the ticket value and if the customer consents.