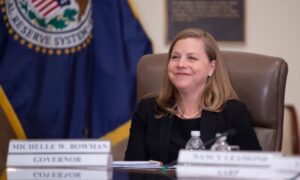 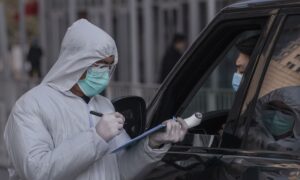 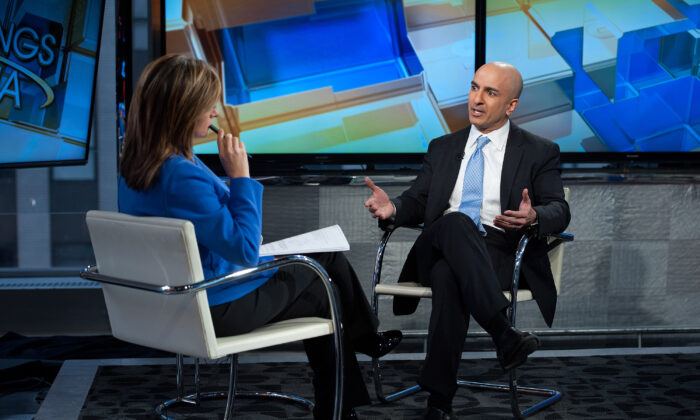 Fed’s Kashkari Says If Coronavirus Hits US Economy, Fed May Step In

Minneapolis Federal Reserve Bank President Neel Kashkari said on Tuesday that if the coronavirus threat makes a material impact on the U.S. economy, the Fed may mount a monetary policy response, such as cutting interest rates.

“It is something clearly that is a downside risk for China, and if it were to come to the U.S. in scale, would be a downside risk for our economy,” Kashkari said at a Town Hall streamed live from Kalispell, Montana. “If it really was large enough to hit the U.S. economy, one could imagine monetary policy responding, not to the virus itself but to just to try to help the U.S. economy manage its way through until the public health officials can get their arms around it.”

Kashkari said the Fed is watching closely for signs of a broader economic impact of the coronavirus epidemic, which is predicted to deliver a big hit to Chinese growth this quarter.

Kashkari’s remarks about the central bank monitoring the viral outbreak echo statements made by Federal Reserve Chairman Jerome Powell, who testified on monetary policy at a House Financial Services Committee hearing in Washington on Tuesday.

“We are closely monitoring the emergence of the coronavirus, which could lead to disruptions in China that spill over to the rest of the global economy,” Powell said in prepared remarks.

The epidemic would likely have some effect on the U.S. economy, he said, but it was too early to tell if it would be significant enough to merit a response from the Fed.

“The question we will be asking is will these be persistent effects that could lead to a material reassessment of the outlook,” Powell told the committee.

With risks like trade policy uncertainty receding and global growth stabilizing, “we find the U.S. economy in a very good place, performing well,” said Powell. The U.S. economic expansion, now in its 11th year, is the longest on record.

“There is no reason why the expansion can’t continue,” Powell said, repeating the central bank’s view that its current target range for short-term borrowing costs, between 1.50 and 1.75 percent, is “appropriate” to keep the expansion on track.

Uncertainty around the reliability of official figures coming out of China regarding the extent of the coronavirus outbreak means that the true risk that it poses to other economies remains unclear.

“Just as some of the downside risks from trade have diminished, economic weakness emanating from China seems to serve as an unwelcome and difficult to gauge—as well as deadly—substitution,” said Mark Hamrick, Senior Economic Analyst at Bankrate, in an emailed statement to The Epoch Times. “The central bank is watching the situation closely for a meaningful impact on the U.S., should it go in that direction.”

“Fears about the coronavirus and the effect it will have on the global economy, and especially China, have caused investors to feel a little more cautious,” explained Brandon Renfro, a professor and financial planner, in an emailed statement to The Epoch Times. “If markets get nervous there may not be much that can be done from a monetary policy standpoint.”

On Monday, Philadelphia Federal Reserve Bank President Patrick Harker said that if the coronavirus-related economic malaise now hurting China spills over and deals the U.S. economy a material blow, the Fed may be forced to drop interest rates in an effort to contain the fallout.

“It’s too early to say what impact the spread of the coronavirus will have on the global economy, but the negative effects on the Chinese economy and international travel are something to watch,” Harker said in a speech at the University of Delaware in Newark on Monday.

During a panel after he delivered his remarks, Harker was cited by Reuters as saying that if the economic contagion from the coronavirus outbreak in China “gets significantly worse” and impacts American businesses, the Fed would consider a rate cut.

“If the situation gets significantly worse and we start to see significant impact on the U.S. economy, then we have to think about accommodating,” Harker said, adding, “But I don’t think we’re at that point right now.”

Harker said he believes the U.S. economy is in good shape and that the Fed should maintain its current interest rate policy of “wait-and-see.”

“My own view right now is that we should hold steady for a while and watch how developments and the data unfold before taking any more action,” Harker said.

Powell, who on Tuesday warned lawmakers that the epidemic sweeping China could threaten other economies, said he was comfortable with interest rates at current levels.

“We are closely monitoring the emergence of the coronavirus, which could lead to disruptions in China that spill over to the rest of the global economy,” he said during his testimony.

“The message from the testimony from a monetary policy standpoint is that Powell believes the economy is in good shape, but that the specter of a worsening coronavirus, if that indeed happens, could force the Fed’s hand and result in easing,” said Robert Johnson, Professor of Finance at Heider College of Business, Creighton University, in an email to The Epoch Times. “My belief is that unless the coronavirus worsens the Fed will likely stay on the sidelines the rest of the year—neither cutting or raising rates.”