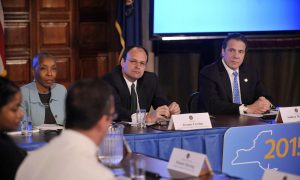 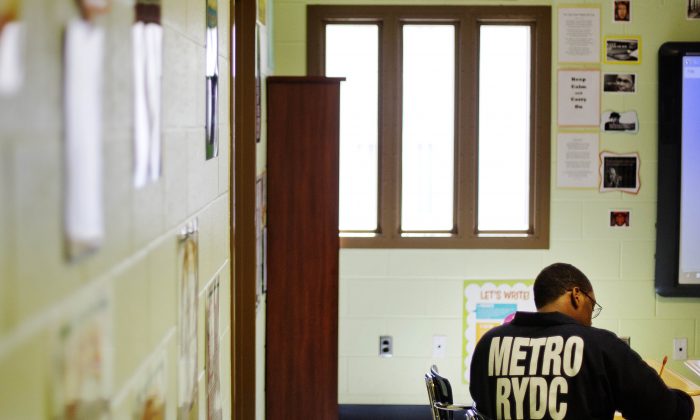 Feds Interested in Why Children Are Denied Lawyers in Georgia Court

Federal authorities have expressed interest in a class-action lawsuit in Georgia, where plaintiffs said children accused of committing crimes are being denied access to sufficient legal counsel.

In Cordele, Ga., a city of roughly 21,000 that advertises itself as the “watermelon capital of the world,” juvenile and poor defendants routinely have no representation in court, or get processed through the court system in “assembly-line fashion,” according to the original court complaint filed in January 2014.

The Cordele Judicial Circuit had three full-time public defenders to handle cases in four superior courts and four juvenile courts. In 2012, the circuit handled 681 juvenile delinquency cases, but the public defender’s office reported handling only 52 of them, according to the complaint. The office’s total caseload that year was 1,384.

Because the office is so understaffed, children defendants are often left without proper legal representation.

Having only met her public defender the day of the hearing, A.J. decided that the attorney would not be able to mount a defense and thus pled guilty.

One 13-year-old, for example, identified only as A.J. in the complaint, was charged in four separate cases all relating to being disruptive at school. She denied the charges against her and was served a subsequent court date.

However, no public defender visited her to discuss her case before the court hearing. Having only met her public defender the day of the hearing, A.J. decided that the attorney would not be able to mount a defense and thus pled guilty. She was sentenced to 14 days in detention and 12 months on probation. A.J. also had to pay $50 in court fees and $50 in public defender fees for each of her four cases.

In another case, 17-year-old W.M. was charged with theft for stealing a set of Halloween fangs from a local Wal-Mart. No public defender was available to represent him on the day of his court hearing, as they were all working at another local court. According to the complaint, the juvenile court judge did not inform W.M. of the consequences should he waive the right to counsel. W.M. thus agreed to proceed without a lawyer and pled guilty to his offense. He was sentenced to nine months probation, 40 hours of community service, and an 8 p.m. daily curfew. He also had to pay court fees.

On Friday, the Department of Justice (DOJ) filed a statement of interest with the presiding state court in the case, N.P. et al. v. The State of Georgia, et al., describing legal precedents for the constitutional protection of a child defendant’s right to counsel. The DOJ said this was the first time it expressed interest in a state court case regarding the right to counsel for children.

It noted that lawyers representing children should be especially trained to work with them, due to characteristics that make them more vulnerable to criminal activity than adults, including the tendency for risk-taking, inability to assess the consequences of their actions, and susceptibility to negative influences.

Lawyers representing children should be especially trained to work with them.

The DOJ further explained that an attorney working with children “must be aware of their clients’ individual and family histories, their schooling, developmental disabilities, mental and physical health, and the client’s status in their communities,” taking care to advocate for rehabilitative treatment if the child is found guilty of charges.

The court complaint said the Cordele court circuit did not have an attorney who specializes in juvenile defense.

The DOJ warned that it was a violation of the Constitution not only to deny a child a lawyer, but also to make an attorney available in name only. “A state further deprives children of their right to counsel if its courts allow them to waive that right without first consulting with competent counsel.”

On Friday, the legal organization that filed the lawsuit on behalf of eight plaintiffs, the Southern Center for Human Rights, released a statement calling the DOJ’s involvement in a state court case “very rare.”

“The difference between what DOJ says is legally required and what is going on in the Cordele Circuit shows that children accused of delinquent acts are neglected and often receive only token representation or no representation at all in Georgia,” said Stephen Bright, president and senior counsel of the center.

In 2012, the DOJ released a damning report after investigating the juvenile court system in Shelby County, Tenn., where it found that the courts sent black youth defendants to be tried in adult criminal courts at a rate more than two times higher than white defendants. The courts also routinely violated the children’s constitutional rights, such as not informing them of their Miranda right to remain silent.