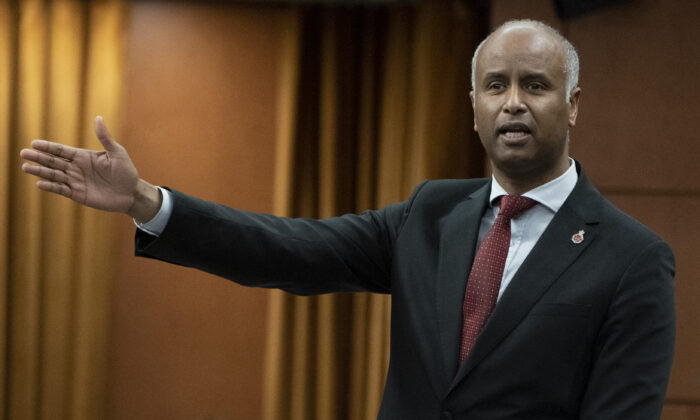 Diversity Minister Ahmed Hussen says the government has cut funding to an anti-racism project over “reprehensible and vile” tweets by a senior consultant involved in the strategy.

Hussen says the project helmed by the Community Media Advocacy Centre—which received $133,000 from the Heritage Department—has been suspended.

The move follows reporting by The Canadian Press on tweets sent by Laith Marouf, a senior consultant on the project to build an anti-racism strategy for Canadian broadcasting.

Hussen described the tweets as “antisemitic” and called on the centre to explain how they hired Marouf and how they plan on rectifying the situation.

Marouf’s lawyer draws a distinction between his client’s tweets about people he calls “Jewish white supremacists” and Jews in general, saying Marouf harbours no animus toward the Jewish faith as a collective group.

The centre’s project received funding from the Heritage Department’s anti-racism action program and the diversity minister was quoted alongside Marouf in a news release about its launch last year.

A screenshot of one of Marouf’s tweets reads, “You know all those loud mouthed bags of human feces, aka the Jewish White Supremacists; when we liberate Palestine and they have to go back to where they come from, they will return to being low voiced [expletive] of thier (sic) Christian/Secular White Supremacist Masters.’’