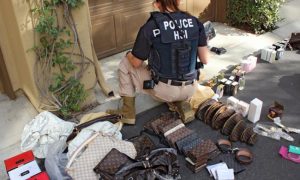 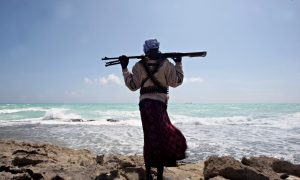 Federal authorities on Wednesday announced the crackdown of an alleged international video piracy ring that illegally distributed movies and television shows on the internet.

The Justice Department (DOJ) unsealed indictments charging three members of the international piracy group, known as “Sparks Group,” whose members used specialized software to compromise the copyright protections on authentic DVDs and Blu-Ray discs—a process known as “cracking” or “ripping”—and reproduced the content in a manner easily distributed on the internet.

With the help of its international partners, U.S. authorities also dismantled the system of servers allegedly controlled by the Sparks Group that was used to store and disseminate the copyrighted material to members around the world, the DOJ said in a press release. The servers were located in North America, Europe, and Asia.

Bridi, a UK citizen, was arrested on Aug. 23 in Cyprus. The federal government has sought his extradition so that he stands trial in the United States. Meanwhile, Correa was arrested Aug. 25 in Olathe, Kansas. Ahmad, who is a Norway citizen, currently remains at large.

“As alleged, the defendants were members of an international video piracy ring that was sophisticated and widespread,” Acting U.S. Attorney of the Southern District of New York Audrey Strauss said in a statement. “The group allegedly circumvented copyright protections on nearly every movie released by major production studios, as well as television shows, and distributed them by way of a worldwide network of servers.”

Authorities say the scheme has caused tens of millions of dollars in losses mainly to the film and television industry.

The operation to crackdown on the international piracy ring was coordinated with law enforcement authorities in 18 countries and assisted by Eurojust and Europol.

“This case is an excellent example of what can be achieved if we work together across borders and continents. Thanks to the long-standing partnership between the U.S. and the European authorities, we managed to deal a significant blow to online piracy,” Ladislav Hamran, president of Eurojust, said in a statement.

According to indictments unsealed on Wednesday in a Manhattan federal court, the three men and other known or unknown members of Sparks Group group deceived wholesale distributors to obtain copyrighted DVDs and Blu-Ray discs prior to their retail release date.

They then compromised the copyright protections on the discs and uploaded copies of the compromised content onto their servers, which other members then further reproduced and distributed on streaming websites, peer-to-peer networks, torrent networks, and other servers accessible to the public.

The content reproduced by Sparks Group is identifiable by a distinctive tag and is usually uploaded with photographs of the discs in their original packaging to show users that the content was reproduced from content originating from authentic DVDs and Blu-Ray discs, prosecutors alleged.

Ahmad and Bridi’s alleged involvement in the scheme includes arranging for these discs to be picked up, mailed, or delivered from distributors located in Manhattan and Brooklyn, New York, and New Jersey prior to their official release date. Ahmad, Bridi, and Correa are also accused of reproducing or aiding the reproduction of these discs.

United States Postal Inspection Service Inspector-in-Charge Philip R. Bartlett said in a statement that this case shows how criminals have “come a long way from bootlegging movies in local theaters and selling inferior quality videos and DVD’s on the streets of New York City for $5.00.”

“The movies and TV shows allegedly stolen by these defendants not only represent a body of work ripped off from those who spent years developing their craft and working their way to stardom, but deprives the studios and actors of the fruits of their labor,” Bartlett said.