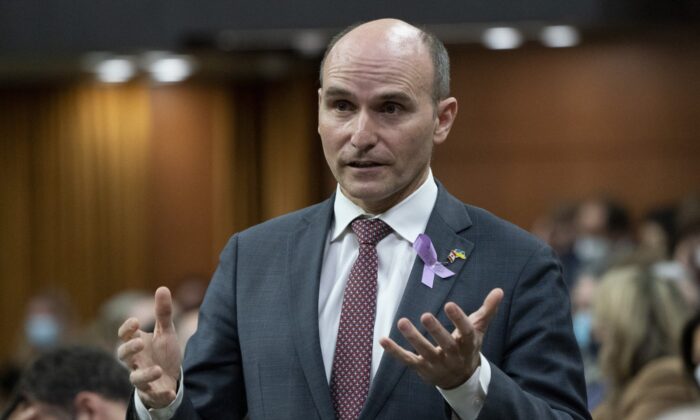 Health Minister Jean-Yves Duclos says the federal government will commit another $2 billion to help provincial health systems work through their surgical and diagnostic backlogs caused by the COVID-19 pandemic.

The money, included in the newly tabled Bill C-17, follows a $4-billion top-up to the federal health transfer last summer and is expected to be a one-time payment, distributed equally based on population.

Throughout the pandemic hospitals across the country had to delay non-emergency procedures to make way for urgent COVID-19 cases.

That has led to delayed care for millions of Canadians, on top of already lengthy wait lists for many procedures and diagnostic tests.

In a report released last month, the Ontario Medical Association estimated the pandemic had delayed 21 million patient services in that province alone, including surgeries for preventative care, cancer screenings and diagnostic tests.

In addition, it said doctors are reporting that patients “who would have been diagnosed and treated sooner are coming in later and sicker” because of the pandemic.

“These delays are a burden that can be very hard to bear for the affected patients, their families and their loved ones, as well as for the health-care workers caring for them,” Duclos said.

The Liberals promised an immediate $6-billion investment to address backlogs during the 2021 federal election campaign.

Provinces have been asking for the federal government to provide an increased share of health spending on a long-term basis so they can make more sustainable changes to address the stress on their health-care systems.

Duclos laid out what he called the federal government’s vision for collaboration with the provinces and territories on health care, citing bilateral deals the government has made in child care and housing as an example.

“We need to acknowledge that if we do not act quickly and decisively, the long-term survival of the universal and public health system Canadians cherish is at risk,” Duclos said.

“Canadians are not interested in a jurisdictional debate or a fiscal or financial fight.”

This collaboration will focus on five priority areas, the minister said: backlogs and recruitment and retention of health-care workers; access to primary care; long-term care and home care; mental health and addictions; and digital health and virtual care.

Bill C-17 would also provide municipalities the authority to deal with transit shortfalls and improve housing supply and affordability, in partnership with the provinces and territories.

The federal government already announced a transfer of $750 million, a one-time payment to help cities maintain service levels despite decreased transit ridership as a result of the pandemic.

By Laura Osman and Sarah Ritchie