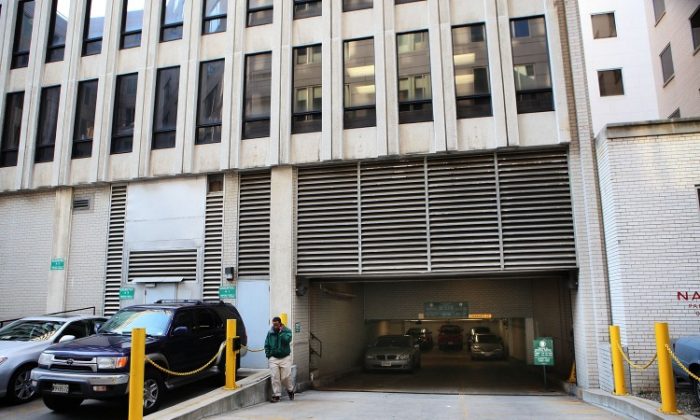 The indoor garage, just blocks away from the U.S. Capitol, where 29-year-old Amine El Khalifi was reportedly arrested is shown February 17, in Arlington, VA. (Alex Wong/Getty Images)
US

Federal authorities said they have arrested a 29-year-old Moroccan man who had said he wanted to become the first suicide bomber to strike on U.S. soil, according to an indictment.

Amine El Khalifi, an illegal immigrant from Morocco, was arrested on Feb. 17 “for allegedly attempting to detonate a bomb in a suicide attack on the U.S. Capitol Building,” according to a statement from the Department of Justice. He appeared in court on Friday and if convicted, could receive a sentence of life in prison.

FBI agents said they have tracked El Khalifi since early last year after an informant said he met with people in Arlington and said he wanted to launch an attack on U.S. soil. An undercover agent gave him a firearm and explosives that had been rendered useless by the FBI.

“El Khalifi allegedly believed he was working with al-Qaeda and devised the plot, the targets, and the methods on his own,” Neil MacBride, U.S. attorney for the eastern district, said in the statement.