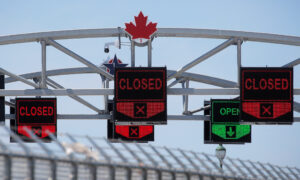 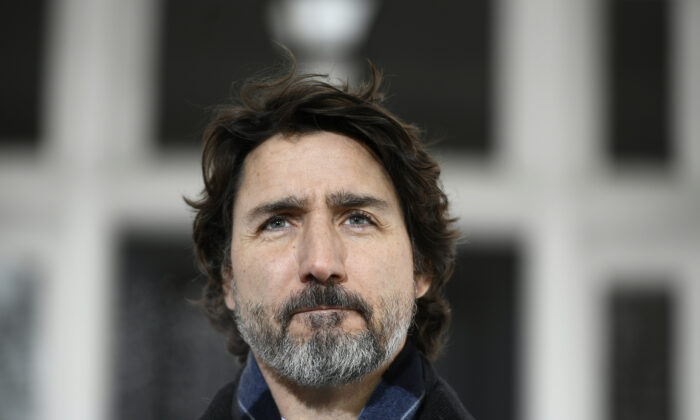 Prime Minister Justin Trudeau speaks during a news conference on the COVID-19 pandemic outside his residence at Rideau Cottage in Ottawa, on Tuesday, Jan. 26, 2021. (Justin Tang/The Canadian Press)
Canada

The federal government has announced a new subsidy program for Canadian businesses as the country moves to tighten travel restrictions to cope with second wave of COVID-19.

“Through HASCAP, Canadian-based businesses that have been hardest hit by the pandemic will be able to receive low-interest loans up to $1 million,” Trudeau said. “These are 100 percent Government of Canada-backed loans and can be used for rent, utilities, and help with pay roll.”

Chains of hotels or restaurants with multiple locations under one related entity, could be eligible for up to $6.25 million, according to a statement from Mary Ng, the Minister of Small Business, Export Promotion and International Trade.

To be eligible for HASCAP, businesses need to show a year-over-year revenue decline of at least 50 percent in three months, within the eight months prior to their application.

The CEWS helps businesses cover up to 75 percent of payroll, while the CERS, available directly to business owners, covers up to 65 percent of rent. Both CEWS and CERS has been extended until June 2021.

Businesses eligible for HASCAP can start applying as early as Feb. 1, 2021 at principal financial institutions and more widely by Feb. 15.

The subsidy came just as the federal government prepared to roll out a new set of tougher travel restrictions, which will be announced in the coming few days.

Trudeau said while the number of new cases linked to travel remains low, the federal government is actively looking at ways to tighten the border to prevent imported cases.

He also said the government wants to ensure any measures don’t cut off the trade flow, noting that commercial flights coming into Canada from around the world might have non-essential travellers on board, but essential cargo in the belly of the plane.

Canada has currently banned all non-essential travel into the country for individuals who are neither a citizen or permanent resident.

Starting Jan. 7, 2021, air travellers five years of age or older must provide proof of a negative COVID-19 test result before boarding international flights bound for Canada. The tests must be taken within 72 hours prior to scheduled flight.

Trudeau said this requirement of a pre-boarding negative test is effective, and several countries including the United States have also taken similar measures.