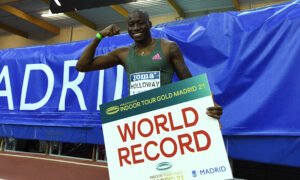 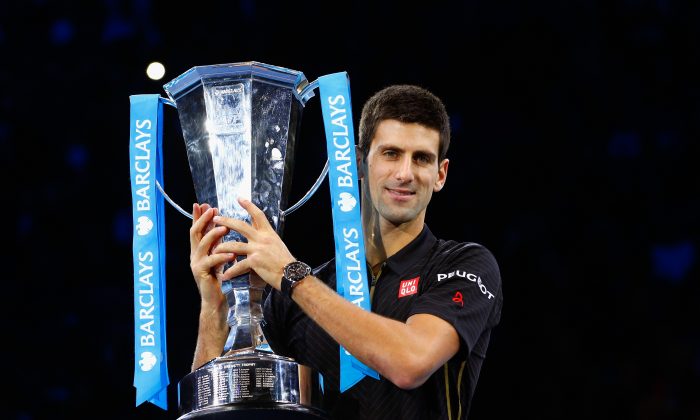 ATP London Finals—It was supposed to happen like many expected, a dream world tour final between Novak Djokovic and Roger Federer. The match was scheduled for Sunday, Nov 16 in the London 02 Arena. The event was portrayed as a two horse race with everything focusing on the possible Djokovic–Federer Final. Even Tomas Berdych said, his group was a competition to see who would finish second after Djokovic.

The best eight players came, fought, but in the end it was Kei Nishikori and Stan Wawrinka who finished second in their groups to play Djokovic and Federer. The first Asian singles player who qualified for the World Tour Finals, Nishikori gave a good fight against Djokovic pushing him into the third set but in the end, the Serbian played a clean, perfect set to take it with 6:0 for the final score of 6:1, 3:6, 6:0.

Roger Federer had a much tougher match against his fellow Davis Cup teammate Stanislav Wawrinka. The ‘Fed Express’ had to battle the entire match and even save four match points in order to enter the final. He finally won after two hours and 48 minutes with 4:6, 7:5, 7:6 (6).

It was supposed to be the last big final before the end of the season, but the mouthwatering final ended before it even began. Roger Federer came on court and said that he won’t be able to play the match due to his back injury. He suffered with a back problem in 2013, and there were signs in the closing moments against Wawrinka that he was struggling again.

“I hope you understand I wanted to come out personally and excuse myself for not playing … I can’t compete without a back, at this level,” The crowd in the sold out 17,500 seating O2 Arena seemed clearly disappointed but still warmly applauded.

This meant that Novak Djokovic was once again the World Tour Champion and continued his unbeatable record since 2012 in indoor matches, as well as staying the 2014 world number one player. He is also the first player to win three straight season finale titles since Lendl from 1985-87. The only other player to win three straight year-end titles was Ilie Nastase from 1971-73.

The Swiss star, Federer is scheduled to join Switzerland teammate Wawrinka for the Davis Cup final against France next week.

Doubles
Ivan Dodig (Croatia) and Marcelo Melo (Brasil) had a great tournament and made it all the way into the final. They were also the only team at the Barclays ATP World Tour Finals not to have won a title during the regular season, so they were extra motivated in the final to have a shot at the silverware. Unfortunately for the duo, the great Brian brothers stood in their way and even after they lost the first set 6:7, the brothers fought back into the match and took the other two sets 6:2, 10-7.