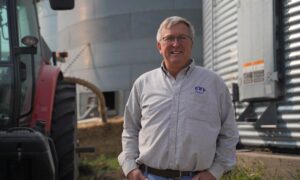 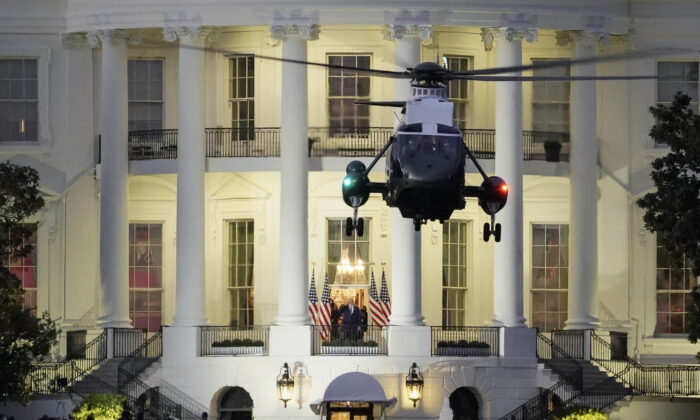 President Donald Trump stands on the Truman Balcony as Marine One takes off from the South Lawn of the White House in Washington, DC on Oct. 5, 2020. (Drew Angerer/Getty Images)
2020 Election

The U.S. Office of Special Counsel (OSC) has opened an investigation into allegations of whether the Trump campaign violated federal law by using the White House on Election Day as a command center, according to Rep. Bill Pascrell (D-N.J.) and an OSC official.

The investigation comes in response to an election night complaint filed by Pascrell (pdf), which called for a probe into whether President Donald Trump and other members of the executive branch broke the law. The New Jersey lawmaker referred to reports suggesting Trump had used the space inside the Eisenhower Executive Office Building “as a campaign ‘war room.'”

“Additionally, Mr. Trump is expected to be briefed in the White House residence and the Oval Office throughout the day by campaign officials. These actions put executive branch officials at risk of blatant violations of the law, including the Hatch Act,” Pascrell wrote in his complaint.

Pascrell said in a statement that the federal watchdog responded on Thursday to his request for a probe, telling him that the Special Counsel’s Office is investigating the Trump campaign’s “use of the White House as an Election Day campaign command center and party room,” on grounds of possible violations of the Hatch Act, which prohibits federal officials from taking part in political activity while they are on duty.

OSC spokesperson Zachary Kurz, in a statement to The Epoch Times, confirmed that the agency had received a complaint from Pascrell and that it had opened a case file in connection with it.

Trump monitored election returns in the living room of the White House residence on Election Day and later addressed some 200 supporters gathered in the East Room, according to reports.

The White House denied any violation of the federal law, with spokesman Judd Deere telling The Epoch Times via email: “Both the official activity of Administration officials, as well as any political activity undertaken by members of the Administration, are conducted in compliance with the Hatch Act.”

The OSC issued an advisory on Nov. 4 (pdf) that addressed permissible and prohibited activities under the Hatch Act after Election Day.

“With a few exceptions, after Election Day the Hatch Act does not prohibit employees from wearing campaign items, like t-shirts or hats, and displaying candidate photographs while they are on duty, in the federal workplace, wearing an official uniform or insignia, or using a government vehicle,” the agency noted.

“Similarly, expressing views about the election results or the presidential candidates is no longer considered prohibited political activity under the Hatch Act,” OSC stated in a release.

While, for the purposes of the Hatch Act, an individual is no longer considered a candidate for office only after the Electoral College votes in January after the election, the OSC has generally taken the position that activities by federal employees after Election Day that show support for a given candidate are acceptable as they are unlikely to affect the result of the election for that office.