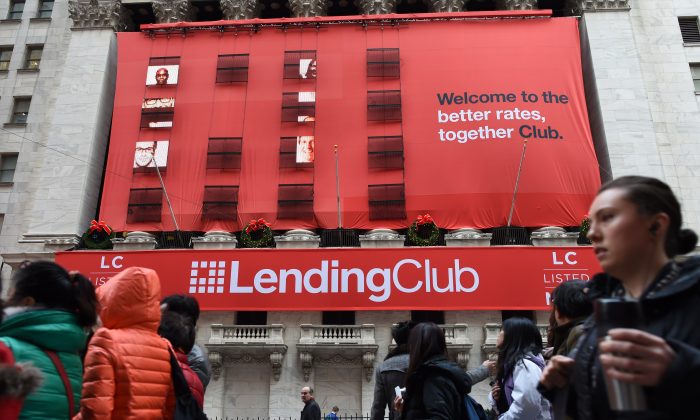 LendingClub banners hang on the facade of the New York Stock Exchange for it's IPO on Dec. 11, 2014. (Don Emmert/AFP/Getty Images)
US News

The Federal Trade Commission (FTC) released a report Thursday about how companies deploy “dark patterns” in advertising for enticing potential customers, manipulating them into making purchases and giving up their privacy in the process.

“Our report shows how more and more companies are using digital dark patterns to trick people into buying products and giving away their personal information,” said Samuel Levine, director of the FTC’s Bureau of Consumer Protection. “This report—and our cases—send a clear message that these traps will not be tolerated.”

Dark patterns include many oft-used marketing techniques such as ads posing as independent content, burying key terms in corporate jargon, tricking customers or website visitors into giving up personal data, making use of deceptive colors, pre-checked consent boxes, language and emotion to coerce customers into making purchases, deceptively signing up for content, tricking customers into recurring charges, and making it extremely difficult to unsubscribe.

The greater use of e-commerce in recent years has made it easier for companies to target consumers with a variety of tactics.

The FTC report, titled “Bringing Dark Patterns to Light” (pdf), examined how these tactics can obscure, subvert, or impair consumer choice, and may be violating consumer protection laws. According to the report, the FTC has sued companies making use of such tactics to deceive customers.

The FTC sued online lender LendingClub Corp. in 2018 after the company falsely marketed “no hidden fees,” when in reality, the company deducted hundreds or even thousands of dollars in hidden up-front fees from the loans.

The other allegations against LendingClub were that consumers were misinformed about being eligible for loans when they were not, and taking money from consumers’ bank accounts without authorization.

After judgment was passed, LendingClub agreed to pay out more than $9.7 million to 61,990 consumers who were charged hidden fees.

The FTC has outlined three main principles for businesses when advertising:

Failure to comply with the requirements may result in the FTC taking action.

In 2021, the FTC sent refund payments totaling more than $9.7 million to nearly 207,000 consumers of ABCmouse who were automatically billed for renewals, as well as those who were prevented from canceling memberships.

Based on the settlement (pdf), ABCmouse—run by online education company Age of Learning Inc.—was required to change its negative option marketing and billing practices to settle the FTC charges, including misrepresentations about cancellations and failure to disclose important information to consumers.