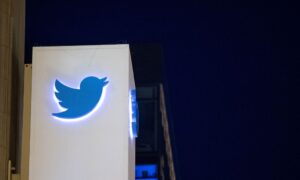 It's Not Censorship, It's a Coordinated Effort
0
Share Now
TelegramFacebookTweetEmailTellMeWeReddit
Copy Link 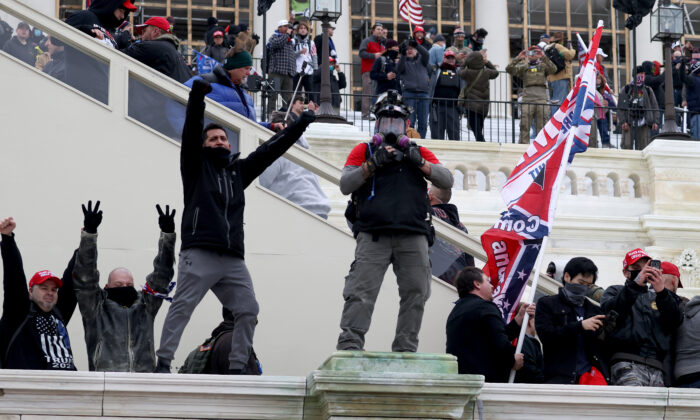 Federal prosecutors in the District of Columbia have obtained the first indictments of individuals for activities relating to the Jan. 6 violent breach of the U.S. Capitol.

Mark Leffingwell has been charged with assaulting a federal police officer when a group of rioters and protesters forced their way into the building while lawmakers were in the process of certifying Electoral College votes for president.

In a criminal complaint filed against Leffingwell (pdf), a U.S. Capitol Police officer said that while forming a barrier with other officers to block a crowd from entering the Senate wing, Leffingwell tried to push past and then repeatedly punched the officer in the chest and head.

The officer also wrote in the complaint that there is probable cause to believe Leffingwell violated a federal law that makes it a crime to enter a restricted building without permission and engage in disorderly conduct while inside. The Seattle Times reported that Leffingwell has been charged in the U.S. District Court for the District of Columbia with entering a restricted building and violent entry and disorderly conduct on Capitol grounds.

While in custody, Leffingwell apologized to the officer for striking him, according to the complaint.

According to an indictment filed on Jan. 11 in the U.S. District Court for the District of Columbia (pdf), Lonnie Coffman was indicted on seventeen counts, including a weapons charge for possessing 11 Molotov cocktails and parts that could be used to make more.

Coffman was also charged with carrying a handgun without a permit, possessing a large capacity ammunition feeding device, and possessing an unregistered firearm.

The Epoch Times was unable to reach Coffman for comment on Tuesday.

So far, at least 90 people have been arrested in relation to the Capitol incursion, on charges ranging from misdemeanor curfew violations to felonies related to assaults on police officers, possessing illegal weapons, and making death threats against lawmakers. Law enforcement officials have opened at least 25 domestic terrorism cases related to the breach.

Thousands of protesters gathered near the Capitol on Jan. 6 after President Donald Trump’s speech outside the White House, during which he asked protesters to “peacefully and patriotically make your voices heard” at the Capitol.

Some people breached the Capitol building, however, and what followed were numerous acts of lawlessness and violence.

On Tuesday, prior to his departure for Alamo, Texas, Trump was asked about his responsibility for the unrest. The president rejected the suggestion that he egged on the crowd to commit violence, saying that his speech was “totally appropriate.”

“They’ve analyzed my speech and my words and my final paragraph, my final sentence, and everybody to a T thought it was totally appropriate,” Trump said before boarding Air Force One.

In his speech on Jan. 6, Trump accused media and Big Tech of abusing their power and interfering in the election, while reiterating his claim that he was cheated out of an electoral win.

While the president said, “We fight like Hell and if you don’t fight like Hell, you’re not going to have a country anymore,” his remarks seemed to be in reference to political engagement and he later made clear that the day’s protest was to remain peaceful.

“We have come to demand that Congress do the right thing and only count the electors who have been lawfully slated, lawfully slated,” Trump said. “I know that everyone here will soon be marching over to the Capitol building to peacefully and patriotically make your voices heard.”

At the end of his speech, he urged people to “walk down Pennsylvania Avenue” and “try and give our Republicans, the weak ones, because the strong ones don’t need any of our help, we’re going to try and give them the kind of pride and boldness that they need to take back our country.”

In Alamo, Trump is expected to deliver remarks about his immigration efforts.

Correction: The article incorrectly stated that President Donald Trump led his supporters to the Capitol. The Epoch Times regrets the error.