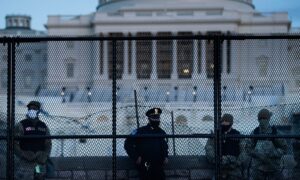 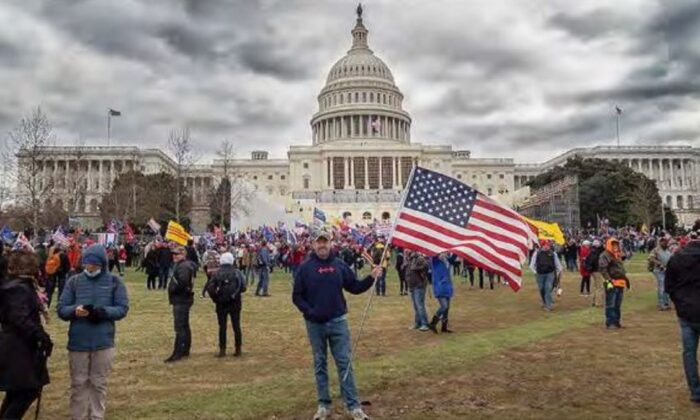 A man believed to be Christopher Kelly is seen posing in Washington on Jan. 6, 2021. (FBI)
US News

Federal prosecutors on Tuesday asked a judge to dismiss the case against a man accused of being part of the U.S. Capitol riot on Jan. 6.

Prosecutors asked to dismiss the complaint against Christopher Kelly in a two-paragraph motion, attaching a proposed order for the judge to sign.

“The government and defense counsel have discussed the merits of the case, and upon reflection of the facts currently known to the government, the government believes that dismissal without prejudice at this time serves the interests of justice. The defendant consents to this motion to dismiss the Complaint without prejudice,” Tejpal Chawla, an assistant U.S. attorney, wrote in the motion.

Chawla and Kelly’s lawyer, Edward MacMachon Jr., did not respond to requests for comment.

The judge in the case, 1:21-mj-00128-ZMF, is Magistrate Judge Zia Faruqui, who was appointed by other judges to his position last year.

Kelly was charged in January with obstruction of a congressional proceeding, unlawful entry, and several other charges. According to a criminal complaint, a confidential source alerted the FBI to a Facebook account supposedly belonging to Kelly which indicated he would be in Washington on Jan. 6. In a Facebook group chat from Jan. 6, Kelly allegedly wrote, “We’re in!” The man also shared a picture from inside the Capitol.

“I believe the messages and image above reflect that Chris Kelly was using this account to inform associates that he had breached the Capitol building and was inside,” the FBI agent said.

Authorities were granted permission to obtain information from the account and used public records to learn more about Kelly. In one message Kelly allegedly sent, he told a person that he was inside the Capitol, adding: “Taking this back by force now, no more bs.”

A Department of Justice spokesperson told Bloomberg that further investigation uncovered that Kelly had not actually entered the building.

“If you enter the building, you’re gonna get something,” the spokesperson said. “But if you’re just there, unless you did something else … we’re not charging them.”

No charges appear to have been dismissed as of yet against any alleged Capitol riot participants. Approximately 440 people have been arrested on charges relating to the Capitol breach in the 120 days after Jan. 6, the Department of Justice said last month, including over 125 individuals charged with assaulting or impeding law enforcement.