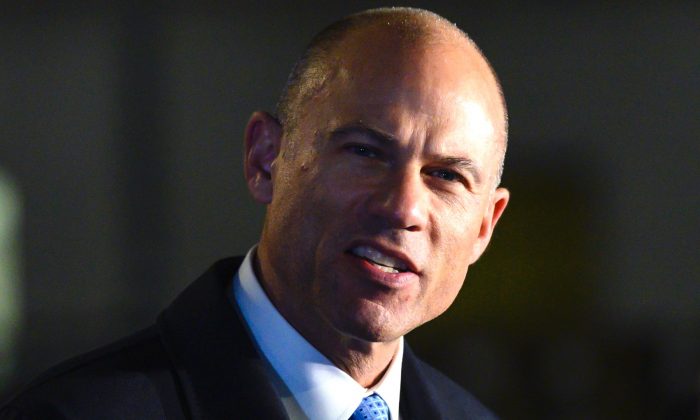 Attorney Michael Avenatti speaks to the press after leaving the federal court house in Manhattan, on March 25, 2019. (Johannes Eisele/AFP/Getty Images)
US News

Former Stormy Daniels attorney Michael Avenatti hasn’t filed an income tax return since 2010 and skipped out on payments in 2009 and 2010, according to federal prosecutors.

The Los Angeles Times reported Wednesday that Avenatti, now facing federal indictments in both New York and California, appears to have been living the life of luxury — all while allegedly stiffing Uncle Sam on a regular basis.

Since 2010, the IRS reports that Avenatti did not file tax returns, either personal or for his law firm, Avenatti & Associates, in spite of bank deposits totaling $18 million and $38 million respectively.

Remoun Karlous, an IRS criminal investigator, wrote in his sworn statement that in that time, “Avenatti generated substantial income and lived lavishly.”

While allegedly failing to pay taxes, the bombastic attorney appears to have also racked up an impressive number of luxury expenses:

According to the California indictments, Avenatti allegedly embezzled money from clients in order to defray his own personal expenses — and then presented fraudulent tax documents to the bank.

In an ironic twist, Avenatti has now been indicted for several of the crimes he accused President Donald Trump of committing during a 2018 Twitter spat with Fox News’ Liz Peek. (RELATED: Four Fake News Stories And Two Indictments Perfectly Sum Up The Media’s 2019 So Far)

The attorney’s current tax woes also raise questions as to whether or not he ever seriously considered a run for the 2020 Democratic nomination — especially since he had promised more than once to release his tax returns publicly if he decided to do so.

A lot of misinformation being thrown about re my tax returns. Be clear – on Aug. 12 (This Week interview on ABC), I stated I would release my tax returns if I ran. On Sept. 28 (Texas Tribune interview), I stated the same thing. Both on video. My position remains the same.

Avenatti was also indicted Monday by the Southern District of New York on charges that he attempted to extort Nike.