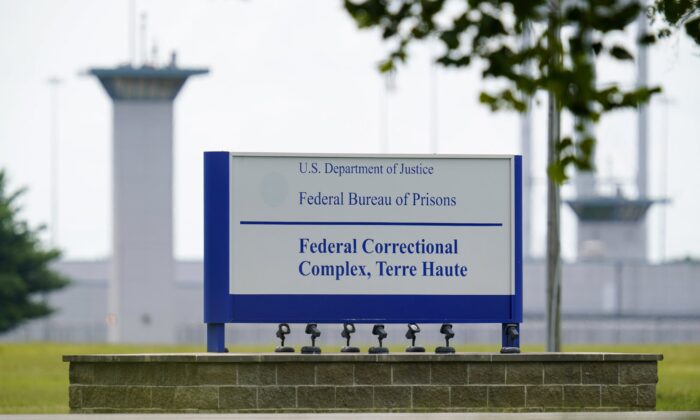 At the Feb. 3 House Judiciary Committee oversight hearing on the country’s prisons, members had the chance to ask questions of Federal Bureau of Prisons (BOP) Director Michael Carvajal about the conditions of inmates held in connection with the Jan. 6, 2021, breach of the U.S. Capitol.

But to the dismay of those seeking answers, Carvajal didn’t have many.

According to Carvajal, there are 19 Jan. 6 inmates in federal custody, eight of whom are in pretrial detention. However, most of the alleged human rights abuses of Jan. 6 inmates have been tied to the D.C. Correctional Treatment Facility, where an estimated 37 people associated with Jan. 6, 2021, are held.

The BOP doesn’t have oversight of the D.C. Department of Corrections, leaving Carvajal with little to say about the conditions of the Jan. 6 inmates there.

“I’m not going to comment on what another corrections facility does without knowing all the details,” Carvajal said.

Rep. Greg Steube (R-Fla.) asked Carvajal whether the BOP follows the same policies as the District of Columbia jail, where it’s alleged that unvaccinated inmates are being forced into solitary confinement for 14 days after meeting with their attorneys, as well as being denied medical care, religious services, haircuts, and basic hygiene.

“No, we do not,” Carvajal answered, adding that everyone “is treated with dignity and has access to everything equally.”

“I’m glad to hear that, and it also highlights how illegal and out of step things are at the D.C. jail regarding January 6 inmates,” Steube responded.

Carvajal said some Jan. 6 inmates housed by the BOP were being detained in solitary confinement. He said he didn’t know the specific number.

Not satisfied with the result of the committee meeting, Rep. Tom Tiffany (R-Wisc.) called for another hearing that would include D.C. Department of Corrections officials.

“We need a full hearing on the January 6 detainees because they are being submitted to conditions that many on this committee, including those on the other side of the aisle, find reprehensible,” he said.

The Feb. 3 House Judiciary Committee meeting came on the heels of a hearing two weeks ago, when the plight of the Jan. 6 inmates was raised for the first time in a congressional setting.

“These defendants haven’t been convicted of any crime, most have no criminal record, and some don’t even face charges of violence. It appears as if the D.C. jail is a political prison,” witness Julie Kelly, a writer for American Greatness, told committee members at the time.

“One detainee I spoke with this week, an Army reservist charged with no violent crime, said the D.C. jail is on a 22-hour lockdown due to COVID.”

House Judiciary Committee Democrats have largely agreed with Republicans about getting answers from the D.C. Department of Corrections—though some committee members have accused their colleagues of ignoring these problems except when it comes to Jan. 6, 2021, inmates.

“In 2015, the Washington Lawyers Committee for civil rights released a report condemning conditions in the D.C. jails,” Rep. Mary Gay Scanlon (D-N.Y.) said at the mid-January hearing. “Those findings were ignored until a more diverse population was incarcerated there.”

Witness Alison Guernsey, founder of the Federal Criminal Defense Clinic, made similar statements at that hearing. She said the conditions of the Jan. 6, 2021, inmates are an “appalling” representation of a larger problem.