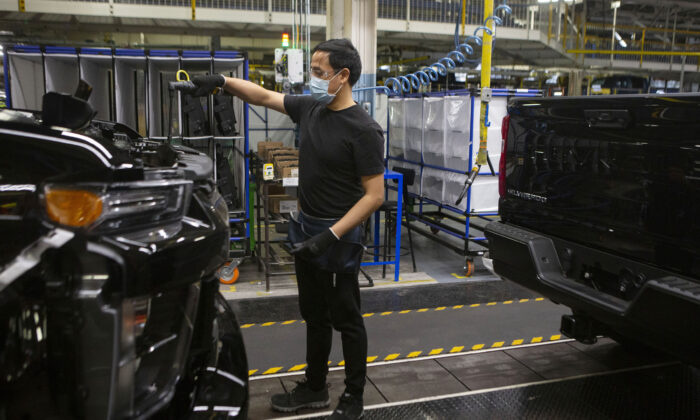 An auto worker is seen on the General Assembly line producing the Chevrolet Silverado, at the GM plant in Oshawa, Ontario, on Feb. 22 2022. (The Canadian Press/Chris Young)
Canada

The federal and Ontario governments are announcing investments of up to $259 million each in General Motors’ Oshawa, Ont., plant and its CAMI facility in Ingersoll, Ont.

The government funding is part of a $2 billion GM investment that will help boost production in Oshawa and support the company’s first electric-vehicle production line.

Electric commercial vans known as BrightDrop made at CAMI in Ingersoll are set to start being produced later this year.

The Ontario government says it will be the first full-scale electric vehicle production facility in Canada.

Premier Doug Ford says the investment is a vote of confidence in Ontario by General Motors and shows that the cars of the future will be built in the province.