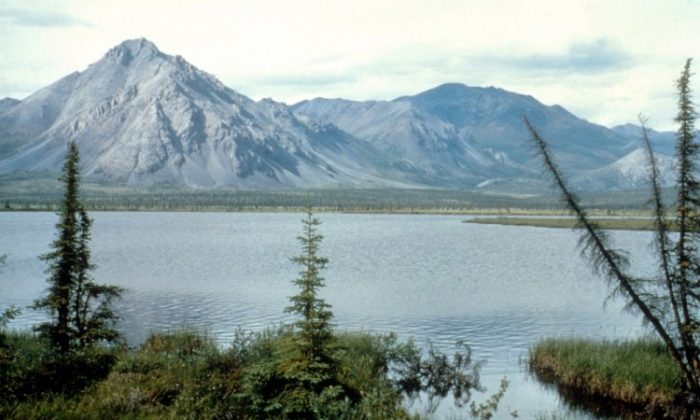 This undated photo shows the Arctic National Wildlife Refuge in Alaska. The federal government has assembled an interagency task force to develop an ecomanagement plan for the Alaskan arctic region. (U.S. Fish and Wildlife Service/Getty Images)
US

Some of the nation’s top federal officials convened earlier this week to continue the process of establishing an ecosystem-based management framework for the Alaskan Arctic. The framework would establish a total ecological approach to land development and energy harvesting in the Arctic without disrupting valuable wildlife, water resources, or center of cultural heritage for the local population.

“Alaska’s energy resources, onshore and offshore, conventional and renewable, hold great promise and economic opportunity for the people of Alaska and across the nation,” said Deputy Secretary Hayes in a Department of the Interior (DOI) press release, after the first interagency meeting held in December. “We know that a ‘one-size-fits-all’ approach doesn’t work when it comes to Alaska, and we will continue to pursue sound, science-based decisions about the safe and responsible development of Alaska’s energy resources.”

Originally organized as part of a program developed by the federal interagency group established by President Obama in July 2011, last week’s meeting was headed by Deputy Secretary David J. Hayes, and the chair of the U.S. Arctic Research Commission and former chancellor of the University of Alaska at Anchorage, Fran Ulmer.

“The Arctic’s unique ecosystem calls for a landscape-scale approach to management that cuts across agencies, jurisdictions, and boundaries,” said Deputy Secretary Hayes in a DOI press release following the meeting March 6. “We need to work toward a long-term management framework for the Arctic that recognizes both the resource potential of the region and the irreplaceable natural resources it contains.”

This past meeting—the second in a series of workshop meetings on the subject, reflected upon how to deliver pertinent, scientific information to officials overseeing energy development in Alaska.

“Rapid changes in the Arctic’s natural systems, and imminent expansion of human development in this region combine to present significant challenges,” said Ulmer, in a DOI press release. “It is essential to move beyond the piecemeal, project-by-project decision making, and address the future of this region in an integrated, holistic manner. Research and planning can help do that.”

The White House and related federal agencies see Alaska’s energy resources and the potential for domestic energy development. However, according to the DOI, the Obama administration wishes to continue expansion of Alaska’s Arctic in a safe and responsible manner.

A third meeting will be held this spring. Hayes and Ulmer will continue to co-chair this agenda with participating scientists, nongovernment organizations, industrial officials, Native Alaskans, and state and federal policymakers.

Involved agencies such as the Interagency Arctic Research Policy Committee, the U.S. Arctic Research Commission, and Arctic Landscape Conservation Cooperative are deeply concerned over increased climate change over the Arctic. More Arctic management programs are likely to develop in the future as America’s energy demands increase at the same time the arctic ecosystem warms.