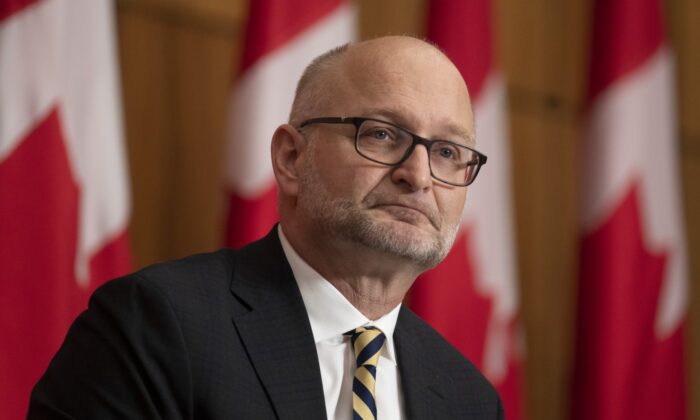 Lametti is the latest to raise concerns over the so-called “shadow trial” revealed in a judgment rendered in late February by the Quebec Court of Appeal, which was first published by La Presse.

The case involves a police informant who was convicted of participating in a crime that he or she had initially revealed to police. The informant claimed he or she was a victim of an abuse of process, but the lower court judge disagreed.

The existence of the trial only became public because the police informant accused in the case appealed his or her conviction, and the appeals court issued a heavily redacted ruling critical of the lower court proceedings.

Lametti said Wednesday in an email that the principle of open court is the “bedrock” of Canada’s justice system.

Quebec’s justice minister has said that Quebec Crown prosecutors were not involved in the case.

The Public Prosecution Service of Canada said in a statement today it does not initiate prosecutions in secret and does not conduct secret trials, even when informants are involved. It adds that in some cases and based on application legal rules, identifying information about a trial is not disclosed publicly.

Little is known about the case, which had no official docket number and no trial date. The location of the alleged crime, the police force involved in the case and the names of the lawyers and judges who took part were also kept secret.