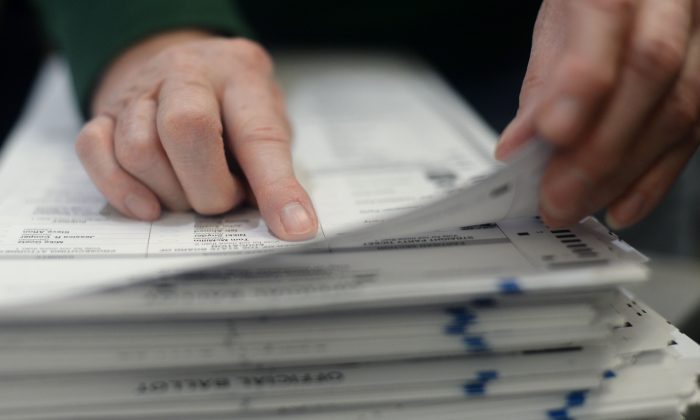 A U.S. federal judge has heard arguments from Jill Stein's team on whether to proceed with Michigan’s presidential recount. (Rachel Woold/Getty Images)
Politics

A federal judge could decide whether to end Michigan’s presidential recount after the state’s second-highest court said the Green Party nominee was ineligible to seek a second look at millions of ballots.

The federal judge who on Monday ordered the recount to begin will hold a hearing Wednesday on whether to stop it. The state elections board also is meeting Wednesday, a day after the Michigan appeals court ordered it to dismiss Jill Stein’s recount petition. The court noted that she got 1 percent of the vote and has no chance of catching Republican Donald Trump, who narrowly defeated Hillary Clinton in the state.

Meanwhile, a court hearing will be held Friday on a possible recount in Pennsylvania. A recount in Wisconsin so far shows Trump gaining votes over Clinton.

A recount that started Monday might end after the state appeals court said Stein has no standing to have the votes recounted. The court said she finished fourth in the election and doesn’t qualify as an “aggrieved” candidate under Michigan law.

The court ordered the state election board to reject her recount petition. The board meets again Wednesday.

But Goldsmith’s decision dealt with the timing of the recount, not whether Stein had standing. Goldsmith called a hearing for 10:30 a.m. Wednesday to address Schuette’s request to set aside the ruling in light of the state court’s decision.

Trump won Michigan by about 10,700 votes over Clinton.

Also Tuesday, a Republican-controlled committee in the Legislature approved a measure that would require candidates who lose by more than 5 percentage points to pay 100 percent of the estimated recount cost. The bill would apply to Stein, though Democrats questioned the legality of changing the rules “in the middle of the game.”