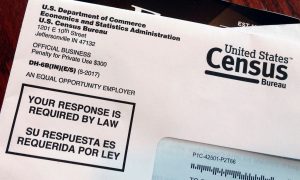 NY Democrats Push to Extend 2020 Census Due to Coronavirus
0 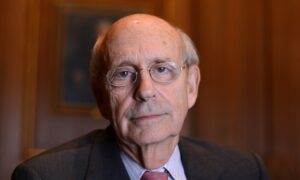 A federal judge has temporarily blocked the Census Bureau from continuing with its plan to wind down operations of the 2020 Census a month early.

U.S. District Judge Lucy Koh in California granted a temporary restraining order on Sept. 5, ordering the Census Bureau and the Commerce Department, which oversees the decennial population count, to stop implementing a plan that moves the deadline of the census to the end of September until the court is able to conduct a hearing on Sept. 17.

The Census Bureau revised its schedule for the enumeration and follow-up of the count due to the CCP (Chinese Communist Party) virus pandemic. They originally pushed the deadline from July to October, but recently moved the schedule earlier by a month.

The decision to revise the schedule was due to Congress failing to extend the deadline for turning in the apportionment numbers from December, as required by law, into next spring, following a request for the extension by Commerce Secretary Wilbur Ross and Census Bureau Director Steven Dillingham.

The move prompted a lawsuit by a coalition of cities, counties, and civil rights groups, who are demanding the bureau restore its previous plan for finishing the census at the end of October. They argue that an earlier deadline would lead to a massive undercount of millions of people in the United States, especially minority groups and people of color.

Koh agreed with the challengers that they would suffer irreparable harm if a temporary block wasn’t put in place.

“Because the decennial census is at issue here, an inaccurate count would not be remedied for another decade, which would affect the distribution of federal and state funding, the deployment of services, and the allocation of local resources for a decade,” she wrote (pdf).

“The court rightfully recognized the Trump administration’s attempted short-circuiting of our nation’s census as an imminent threat to the completion of a fair and accurate process,” said Kristen Clarke, president and executive director of the Lawyers’ Committee for Civil Rights Under Law, one of the groups that brought the lawsuit against the Trump administration.

Following the order, the Census Bureau issued guidance for its regional offices and headquarters, saying that “the Census Bureau and the Commerce Department are obligated to comply with the court’s order and are taking immediate steps to do so.”

A top Census Bureau official said in court papers filed late Sept. 4 that the bureau wouldn’t be able to meet its deadline to turn in apportionment numbers at the end of December if the head count were extended an extra month.

Associate Director Al Fontenot said it would be difficult to bring back census takers who have been laid off if the bureau was forced to go back to the plan that has the head count ending in October, and that the current crop of census takers has been much more efficient than in past decades, allowing the count to end on a shorter timescale.

The Constitution requires the census to be collected every 10 years. The information gathered from the questionnaire helps determine representation in Congress based on their respective populations, as well as the allocation of federal government funding.