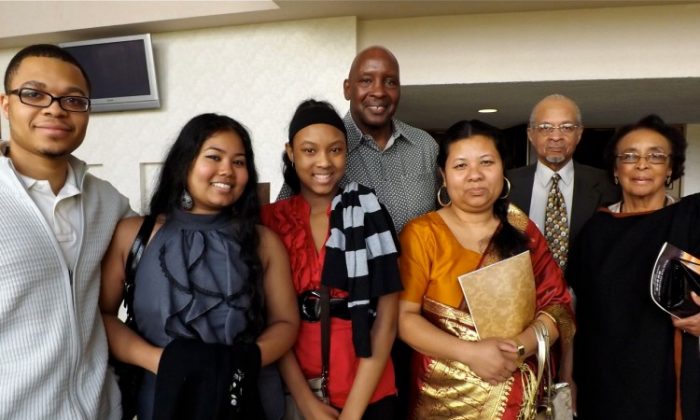 TOLEDO, Ohio—Federal Judge Earl Ashford, his mother, wife, daughters, and a friend, attended the Stranahan Theater on March 18 to see Shen Yun Performing Arts, and all were impressed with what they saw.

“I enjoyed the program quite a bit,” the judge said.

“It was tremendous,” his mother, Lula Newton, said.

Shen Yun aims to revitalize the core values and performing arts of ancient China, which Mr. Ashford commented on.

“It was clearly designed to maintain adherence to the traditional Chinese way of entertainment, so it was clear that it was based in more ancient [ways] rather than a new or modern approach,” he said.

Shen Yun specializes in authentic classical Chinese dance and uses it to depict legends from ancient China and contemporary stories of moral drama.

“The performance had a moral core to it that there was an attempt to bring some recognition of the importance of adhering to some spiritual goals rather than just the commercial, transient goals of today,” the judge said.

Overall, he felt the message of the performance was that “we should all be more conscious of aiming for doing right and avoid evil.”

Mrs. Newton spoke about the theme as well. “It was very clearly the good—I hate to say evil or bad, very clear—and good, we hope, will always win, and we’re glad to see people are striving in our day and time, weighing out the good. We’ll all live better lives for that. Wonderful! I enjoyed it. I enjoyed it immensely.”

“Quite enjoyable and something very different,” Mr. Ashford said.