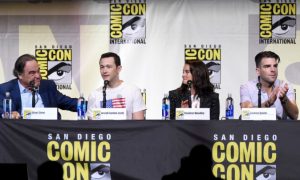 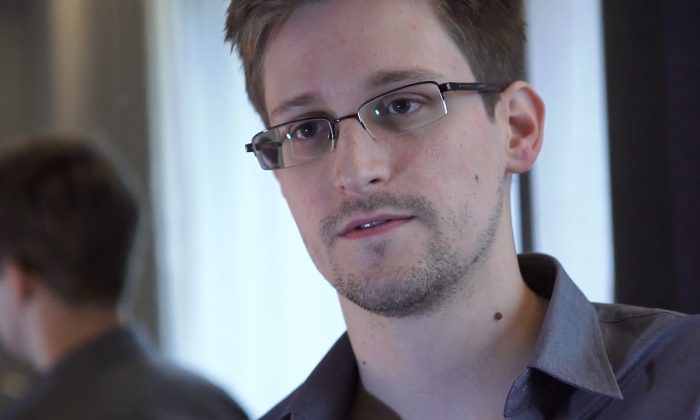 Former U.S. intelligence contractor Edward Snowden speaks during an interview in Hong Kong on Jan. 1, 2013. (The Guardian via Getty Images)
US News

A federal judge has ruled that the U.S. government was entitled to recover $5.2 million in royalties earned by former National Security Agency (NSA) contractor Edward Snowden from his book sales.

The court handed down the judgment against Snowden, who had fled the country after releasing a trove of U.S. classified information in 2013, in a lawsuit related to Snowden’s violations of non-disclosure agreements he signed with the Central Intelligence Agency (CIA) and NSA, according to the Justice Department (DOJ).

Snowden published a memoir, “Permanent Record,” in September 2019 that detailed his childhood and his tenure at the CIA and NSA. Shortly after the publication, the Justice Department filed a lawsuit against Snowden alleging that the book breached nondisclosure agreements with the U.S. government.

The lawsuit also alleged that Snowden had also given public speeches on intelligence-related matters, which violated his non-disclosure agreements.

The U.S. government lawsuit sought to recover all proceeded from Snowden’s book sales due to his failure to submit his publication for pre-publication review in violation of his alleged contractual and fiduciary obligations.

The U.S. District Court for the Eastern District of Virginia ruled in favor of the federal government in December 2019, finding Snowden had breached his contractual and fiduciary obligations to the CIA and NSA.

“Edward Snowden violated his legal obligations to the United States, and therefore, his unlawful financial gains must be relinquished to the government,” Deputy Attorney General Jeffrey A. Rosen said in a statement. “As this case demonstrates, the Department of Justice will not overlook the wrongful actions of those who seek to betray the trust reposed in them and to personally profit from their access to classified national security information.”

The civil lawsuit is separate from the criminal charges brought against Snowden for his alleged disclosures of classified information.

His revelations about the NSA, Britain’s GCHQ, and other intelligence agencies sparked an international debate about spies’ powers to monitor personal communications, and about the balance between security and privacy. Critics say his disclosures harmed the ability of the United States and its allies to fight terrorism.

In August, President Donald Trump said at a press conference that he was going to “start looking at” a possible pardon for Snowden, who was charged under the Espionage Act in 2013 for the disclosure. The comments received opposition from Attorney General William Barr who told the Associated Press that he was “vehemently opposed” at the idea of pardoning the 37-year-old former NSA contractor.

“He was a traitor and the information he provided our adversaries greatly hurt the safety of the American people,” Barr told the news wire. “He was peddling it around like a commercial merchant. We can’t tolerate that.”