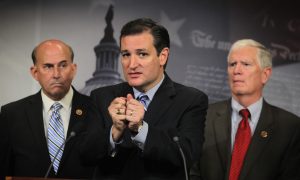 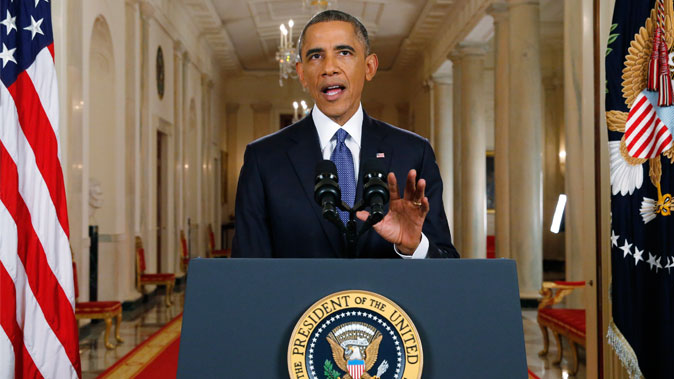 A federal judge ruled that the president’s November immigration order, which would shield 5 million undocumented immigrants from deportation, was unconstitutional, violating the separation of powers. “The President may only ‘take care that the laws be faithfully executed’; he may not take any Executive action that creates laws,” wrote Arthur J. Schwab, a District Court judge in Pennsylvania.

Schwab issued a memorandum related to the case of Elionardo Juarez-Escobar, a Honduran national who was charged with entering the country illegally after he was arrested for drunk driving in April. If the ruling is upheld by other courts, the presidents’ executive order may go to the Supreme Court much sooner than expected, according to Lyle Denniston of the SCOTUS blog.

The judge requested legal advice from the government as to whether the president’s November immigration order would apply in the Escobar case after the defense counsel said the president’s order created an “additional avenue of deferred action” for Escobar. The government said no, but the judge did not find its argument convincing.

The Department of Justice said in a rare comment on the judicial system that “the executive actions did not apply to the criminal matter before the court” and the judge’s ruling was “flatly wrong,” and also criticized Schwab for overreaching his authority.

Schwab cited two examples of past federal courts striking down a presidential executive order as precedent for his ruling, including a Court of Appeals decision in 1996 that found then-president Clinton’s order to federal subcontractors not to hire strike breakers was illegal.

“It’s a criminal case involving a defendant who pled guilty to illegal reentry after deportation, a federal felony,” David Leopold, the former president of the American Immigration Lawyers Association, said in a statement criticizing Schwab.

The president’s immigration order operates under a theory of prosecutorial discretion, where certain groups of undocumented immigrants are shielded from deportation because enforcement officials prioritize other groups, such as those convicted of serious crimes.

Schwab said in his memorandum that under the Department of Homeland Security (DHS) guidelines, Escobar did qualify for the immigration order because the crime to which Escobar has pled guilty was essentially related his immigration status. In addition to violating the separation of powers by essentially creating new laws, the judge also charges the president with violating the “take care” clause of the Constitution, which requires the executive to “faithfully execute” the laws.

The DHS puts three categories of undocumented immigrants as ineligible for the president’s immigration order. The first, concerning “threats to national security, border security and public safety,” disqualifies those convicted of a felony from deferred action unless an “essential element” of the crime was the person’s immigration status.

The memorandum states Obama’s executive order on immigration creates a “systematic and rigid” process that goes beyond the traditional uses of prosecutorial discretion. It is not about handling individuals on a case by case basis, and therefore amounts to legislating policy, according to Schwab.

Schwab’s ideas echo those of Sen. Ted Cruz (R-Tex.), who made similar arguments in the Senate last weekend, when he unsuccessfully tried to defund the president’s immigration order with a rarely used constitutional point of order.

Schwab’s ruling could be the first time a judge has taken a position on the president’s immigration order. Elsewhere, Arizona sheriff Joe Arpaio’s suit against the immigration order is set for a hearing on Dec. 22, and a similar lawsuit representing 24 states was filed in Texas earlier this month.

The president’s immigration order has also been challenged legislatively. This week, Sen. Rand Paul (R-Kent.), who voted against the omnibus spending bill along with Cruz and 16 other Republican senators, introduced a bill in the Senate to overturn the president’s immigration order. The House passed a companion bill earlier in December that was largely symbolic because it would not have passed in the Democratic-majority Senate.

It’s unclear what the effect of the ruling will be, as Schwab did not issue any injunctions in the memorandum.