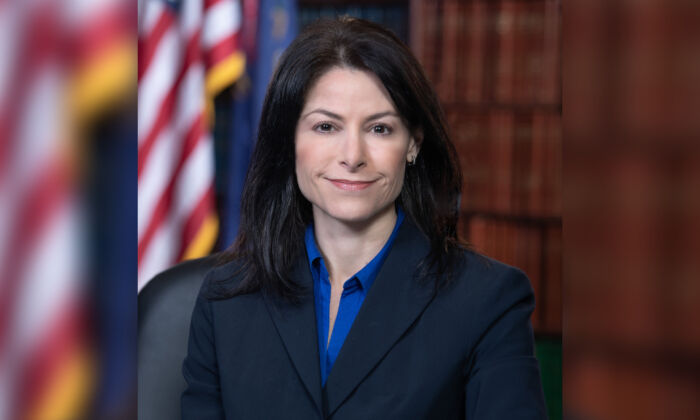 In a victory for religious freedom, a federal judge in Michigan ruled a Catholic adoption agency that contracts with the state will be allowed to refuse to handle adoption requests that would place children with LGBTQ couples.

The judge pointedly noted that in opposing the agency, the state’s attorney general engaged in a “targeted attack” on the agency’s “sincerely held religious belief.”

The ruling came Sept. 26 in a case cited as Buck v. Gordon, which involved Lansing-based St. Vincent Catholic Charities, along with Chad and Melissa Buck, parents of five children with special needs, and Shamber Flore, a former foster child.

St. Vincent has stated that “as a Catholic organization, [it] cannot provide a written recommendation to the State evaluating and endorsing a family situation that would conflict with [its] religious beliefs.” This means it can’t endorse adoption for “unmarried or LGBTQ couples consistent with its Catholic mission.”

Michigan Attorney General Dana Nessel was elected Nov. 6, 2018, becoming the first openly gay person to win statewide office in the Mitten State, as well as the first Democrat to hold the post of attorney general in two decades.

Nessel refused to defend a 2015 state law protecting the agency’s religious freedoms because, in her own words, she “could not justify using the state’s money” to defend “a law whose only purpose is discriminatory animus,” Judge Robert J. Jonker of the U.S. District Court for the Western District of Michigan wrote in his ruling.

Nessel called supporters of the law “hate-mongers” who disliked gay people more than they cared about children, the judge wrote.

“This case is not about whether same-sex couples can be great parents,” Jonker wrote. “They can. No one in the case contests that. To the contrary, St. Vincent has placed children for adoption with same-sex couples certified by the State.

“What this case is about is whether St. Vincent may continue to do this work and still profess and promote the traditional Catholic belief that marriage, as ordained by God, is for one man and one woman. In 2015, Michigan’s state legislature passed a law designed to ensure it could do just that.”

When Michigan was first sued on the issue, the state “defended the right of St. Vincent to maintain its religious belief while it placed children on a non-discriminatory basis in any home approved by the State,” but after taking office, Nessel changed the interpretation of Michigan law and the agency’s contracts, forcing it to “choose between its traditional religious belief, and the privilege of continuing to place children with foster and adoptive parents of all types.”

The reinterpretation of Michigan law came when Nessel settled a 2017 lawsuit filed by two lesbian couples, stipulating that the 2015 law didn’t apply to adoption agencies if they were under contract with the state.

The judge wrote that the state’s “real goal is not to promote non-discriminatory child placements, but to stamp out St. Vincent’s religious belief and replace it with the State’s own.”

Jonker issued a preliminary injunction against the state, “preserving the status quo while the case is fully litigated.”

The Becket Fund for Religious Liberty, a nonprofit and public interest law firm that represents the adoption agency in the litigation, praised the judge’s decision.

The firm said in 2017, “St. Vincent recruited more new adoptive families than nearly 90 percent of the other agencies in its service area, but despite their success, they were targeted by the Attorney General of Michigan simply because of their beliefs about same-sex marriage.”

“Our nation is facing a foster-care crisis, and we are so glad that Michigan’s foster children will continue having all hands on deck to help them find loving forever homes,” Lori Windham, senior counsel at Becket, said in a statement.

“The Bucks and St. Vincent Catholic Charities won a victory in Michigan, but there is still work to be done to ensure that faith-based agencies can contribute to ending our nation’s foster-care crisis.”

‘Today’s ruling requires the state to put the individual religious beliefs of foster-care agencies ahead of the welfare of children,” Jay Kaplan, staff attorney for the ACLU of Michigan’s LGBT Project, said, according to NBC News. “This will not facilitate foster and adoptive placements for children in need. Instead, it will allow agencies to turn away same-sex foster parents who are able to provide supportive and loving homes for these children.”

Nessel’s office didn’t immediately respond to a request for comment from The Epoch Times.