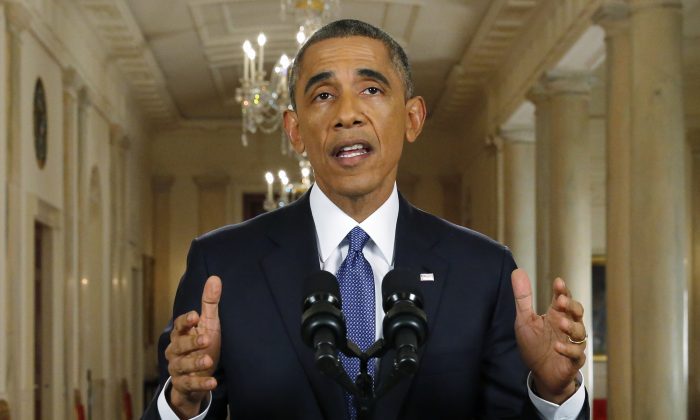 A federal judge in Texas issued an injunction Monday ordering all federal agencies to stop their implementation of president Barack Obama’s executive action on immigration, which would shield five million illegal immigrants from deportation and give them work permits.

The injunction came about as a result of a lawsuit filed by Texas and two dozen other states suing the Obama administration over the alleged illegality of Obama’s November immigration order, and will be in effect until the case is resolved.

“President Obama abdicated his responsibility to uphold the United States Constitution when he attempted to circumvent the laws passed by Congress via executive fiat, and Judge Hanen’s decision rightly stops the President’s overreach in its tracks,” Texas Governor Greg Abbott said in a statement.

Hanen said that the warrant for the injunction was “the failure of [government agencies] to comply with the Administrative Procedure Act.”

The injunction blocks both the deferred action program for parents of lawful residents (DAPA) created in November and the expansion of the program for childhood arrivals (DACA) that began in 2012.

The injunction coincides with efforts by Congress to defund president Obama’s immigration programs via a bill funding the Department of Homeland Security (DHS). Funding for the DHS will run out on Feb. 27, and Senate Democrats have repeatedly filibustered the bill because of the immigration-related amendments. In addition, Obama has vowed to veto any bill reversing his November immigration order.

House Speaker John Boehner (R-Ohio.) lambasted Obama for acting like a king, and not a president, with his November immigration order, and said Sunday that he would “certainly” let the DHS shutdown rather than pass a “clean” version of the funding bill without the immigration provisions.

Critics have charged the president with violating the constitutional principle of the separations of powers, as well as the clause requiring the president to “faithfully execute” the laws passed by Congress.

In the case that the District Court declares DAPA and DACA unconstitutional, the Obama administration could still appeal to the Court of Appeals for the Fifth Circuit and the Supreme Court.

Read the full text of the injunction here.