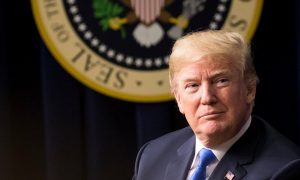 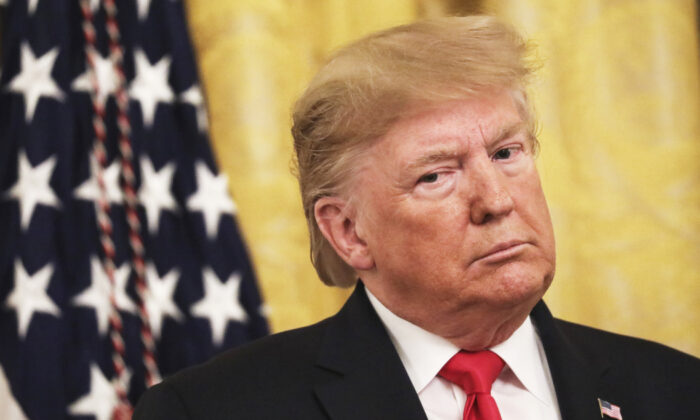 President Donald Trump looks on during an event about judicial confirmations in the East Room of the White House in Washington on Nov. 6, 2019. (Drew Angerer/Getty Images)
US News

U.S. District Court Judge Paul Engelmayer ruled in favor for 26 plaintiffs on Wednesday, saying that the Department of Health and Human Services (HHS) had acted outside its power in promulgating a “conscience rule” that protected medical professionals and health care entities from being discriminated against if they refuse to cover for or perform medical services such as abortion, sterilization, or assisted suicide on religious or moral grounds.

Engelmayer, an Obama administration appointee, also found that the department had acted “arbitrarily and capriciously” when making the rule while relying on “factually untrue” reasons for its promulgation.

The New York judge also agreed with the plaintiff’s argument that the HHS had acted outside its power by implementing a rule that would threaten federal funding to health care providers who do not comply.

The judge acknowledged that the conscience rules “recognize and protect undeniably important rights” and said his decision leaves the department the freedom to “consider and promulgate rules governing these provisions” but added the agency had to do so within its authority.

HHS spokesperson Caitlin Oakley told The Epoch Times in a statement that HHS and the Justice Department are reviewing the court’s decision and “will not comment on the pending litigation at this time.”

Following the rule’s announcement, 19 states and the District of Columbia, several Planned Parenthood, and the National Family Planning and Reproductive Health Association and Public Health Solutions brought separate cases against the Trump administration seeking the strike down the rule. The court combined the three cases in its judgment.

One of the plaintiffs, Planned Parenthood, celebrated the victory, saying that “no one should have to worry they will be denied the medical care they need simply because of their health care provider’s religious, moral, or personal beliefs.”

Meanwhile, the decision received criticism from Sen. Ben Sasse (R-Neb.) who called it an “absurd mush.”

“The point of the First Amendment–especially the free exercise of religion–is to protect the conscience rights of Americans. In this country, government doesn’t get to tell you that your faith is fine on Sunday at church but not Monday at work. The Trump Administration ought to defend basic conscience rights all the way to the Supreme Court,” Sasse said.

When the rule was implemented back in May, HHS’s Office for Civil Rights Director Roger Severino said the rule aims to protect health care entities and professionals from being bullied for declining to participate in actions that violate their conscience.

“Protecting conscience and religious freedom not only fosters greater diversity in health care, it’s the law,” Severino said at the time in a statement.

According to the Guttmacher Institute, many states already have laws that allow health care professionals to decline to provide a service related to reproductive health without the fear of legal, financial, or professional repercussions.