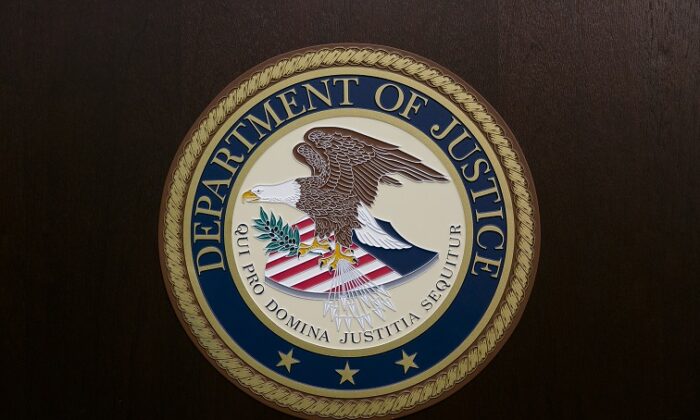 Such hastily convened hearings are extremely unusual in a federal judicial system so jammed that months can pass before cases are litigated in courtrooms.

“In a hearing last month, U.S. District Court Judge Amit P. Mehta expressed frustration and ordered the Justice Department to explain its failure to produce records by January 10 and to provide Judicial Watch some details about the delay,” Judicial Watch said in a statement Jan. 14 about the snap hearing.

“Instead, the Justice Department made its filing under seal and has yet to provide Judicial Watch with any details about its failure to produce records as promised to the court,” Judicial Watch said.

Federal attorneys previously said in December 2019 that they were unable to provide the documents sought in the Judicial Watch FOIA requests because they include materials from a “related sealed criminal matter.”

The lawsuit was prompted by DOJ’s failure to produce documents sought by Judicial Watch in two separate FOIA requests in the Awan scandal.

Awan, a Pakistani national, and several members of his family and friends were IT aides to more than 40 Democratic members of key national security and foreign policy committees in the House of Representatives. Their positions gave the aides access to all of the members’ digital communications and documents.

With the exception of Imran Awan, all of the Awan network members lost their access to the House IT network in February 2017, as a result of a report by the top House administrative officials that said the aides “are an ongoing and serious risk to the House of Representatives, possibly threatening the integrity of our information systems and thereby members’ capacity to serve constituents.”

Imran Awan was kept on the House payroll by then-Democratic National Committee Chairman Rep. Debbie Wasserman-Schultz (D-Fla.) until he was arrested by federal agents while trying to leave the United States.

Awan was subsequently charged with bank fraud in connection with a loan from the Congressional Federal Credit Union.

Awan pleaded guilty in a plea deal in which federal prosecutors agreed to drop a bank fraud charge against Awan’s wife, and said they found no evidence that he “illegally removed House data from the House network or from House members’ offices, stole the House Democratic Caucus server, stole or destroyed House information technology equipment, or improperly accessed or transferred government information, including classified or sensitive information.”

To date, federal prosecutors haven’t explained why their investigation reached a conclusion opposite to that of House Sergeant-at-Arms Paul Irving and House Chief Administrative Officer Phil Kiko.

Awan served no time in prison and only three months of supervised release. His attorney in the bank fraud case was a longtime associate of Bill and Hillary Clinton.

The Awan scandal was first exposed by Daily Caller investigative journalist Luke Rosiak, who subsequently published a book on his findings, titled “Obstruction of Justice: How the Deep State Risked National Security to Protect the Democrats.”

None of the Awan network members were reportedly required to undergo security background checks prior to being employed on congressional staffs.

Judicial Watch President Tom Fitton said in the nonprofit’s statement that “the DOJ’s handling of the Awan brothers case has long been an issue of concern and now we are expected to believe some secret investigation prevents the public from knowing the full truth about this scandal. We are skeptical.”