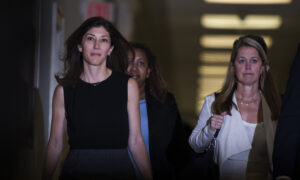 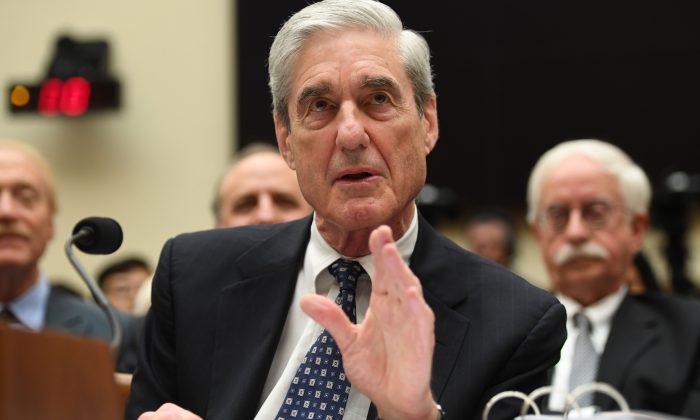 A federal judge has ordered the Justice Department (DOJ) to publish a less-redacted version of former special counsel Robert Mueller’s report on Russian interference in the 2016 presidential election.

Judge Reggie Walton of the U.S. District Court for the District of Columbia said on Wednesday that the department had failed to properly demonstrate the redacted information could be protected by a Freedom of Information Act exemption called the deliberative process privilege.

This exemption covers internal communications in the Executive Branch and is usually invoked to protect the decision-making process in federal agencies. One of the purposes of the deliberative process privilege is to “avoid chilling and distorting the candid discussion needed for optimum decisionmaking inside government agencies,” according to the DOJ.

The DOJ argued that the redacted information in the report was protected by the privilege because the information was related to “deliberations about charging decisions not to prosecute, which would reveal criminal charges considered but not pursued against certain named individuals under investigation.”

Walton, who had reviewed the unredacted version of the Mueller report, did not agree, concluding that the DOJ failed to show that it met the threshold requirement to invoke the privilege.

Although Walton said the DOJ was required to release information that was withheld under the deliberative process privilege, the department was still able to keep some information redacted under other exemptions such as exemptions protecting grand jury information, privacy, and law enforcement information.

In March, the department turned over an unredacted version of the Mueller report to Walton who had demanded to see the report.

Walton, a George W. Bush appointee, had several complaints about Attorney General William Barr’s handling of the release of the Mueller report. He pointed out that there were inconsistencies between the report and Barr’s summary of investigative findings he provided prior to the report’s release.

DOJ spokeswoman Kerri Kupec at the time pushed back on Walton’s opinion, saying that the court’s assertions were “contrary to the facts.”

“In response to FOIA requests, the entire report was then reviewed by career attorneys, including different career attorneys with expertise in FOIA cases—a process in which the Attorney General played no role. There is no basis to question the work or good faith of any of these career Department lawyers,” she said in a statement.

Walton ordered the DOJ to produce the less-redacted version of the report on or before Nov. 2.

Leopold, one of the plaintiffs, celebrated the partial victory.

“@BuzzFeedNews and I & @EPICprivacy were victorious today in our 18 month #FOIA case to get more portions of the Mueller report unredacted. These are some of the pages, which relate to WikiLeaks, DNC hack, charging decisions & the Trump campaign,” he said in a Twitter post.
The DOJ did not immediately respond to The Epoch Times’ request for comment.
Follow Janita on Twitter: @janitakan
TOP NEWS