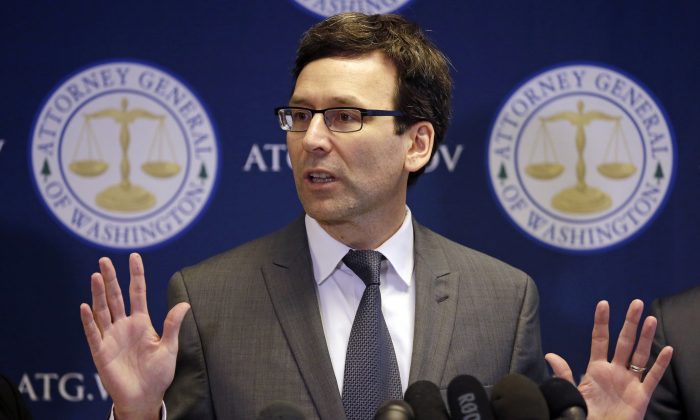 SEATTLE—A federal judge in Seattle who issued the order temporarily halting nationwide implementation of President Donald Trump’s initial travel ban said Friday that because of procedural reasons he won’t immediately rule on whether his restraining order applies to the new travel ban.

U.S. District Judge James Robart said in an order that motions or a complaint over the revised ban need to be filed before he can make a decision. The states of Washington and Minnesota, as well as the Justice Department, have only so far filed notices.

The U.S. Justice Department said in a filing this week that the original order had been revoked and that the court’s restraining order does not limit the government’s ability to immediately begin enforcing the new order.

The states of Washington and Minnesota in a response notice argue that sections of the new order have the same effect as the original one and that the federal government can’t unilaterally decide to change a court’s previous ruling.

Trump’s revised ban bars new visas for people from six countries—Somalia, Iran, Syria, Sudan, Libya, and Yemen—designated by Congress and the Obama administration as “countries of concern” due to a “growing threat from foreign terrorist fighters.” Iraq was taken off the suspended list. Trump’s order also shuts down the U.S. refugee program for 90 days. Unlike the original order, the new one says current visa holders won’t be affected, and it removes language that would give priority to religious minorities.

Washington was the first state to sue over the original ban, which resulted in Robart stopping its implementation around the country.

The revised travel ban is scheduled to go into effect Thursday.